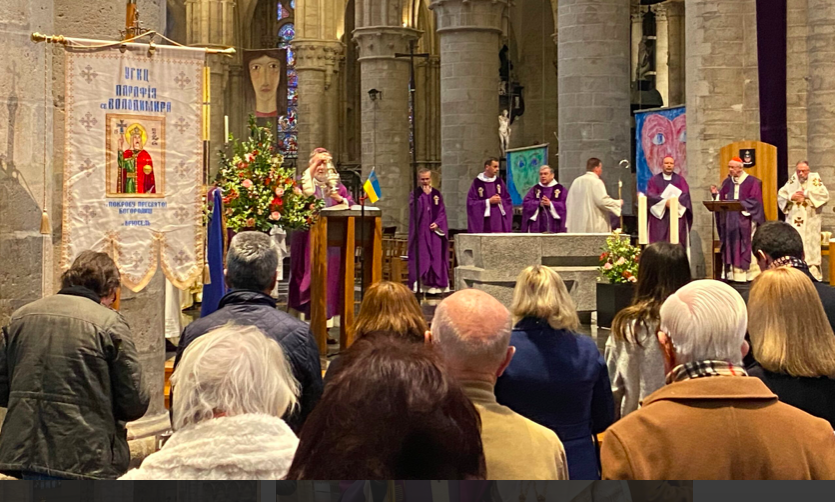 Last Sunday, March 13, a Mass for Peace was celebrated in the Cathedral of Saints Michael and Gudula in Brussels.

The service was led by Cardinal Jozef de Kesel in collaboration with Bishop Hlib Lonchyna, Apostolic Administrator of the eparchy of Saint Volodymyr the Great of Paris, and Monsignor Franco Coppola, Apostolic Nuncio to Belgium.

Auxiliary bishops Jean Kockerols and Jean-Luc Hudsyn, as well as priests of the Catholic and Ukrainian Greek Catholic Churches, also served at the Mass.

The Holy Mass was performed according to the Latin rite in three languages ​​(French, Dutch and Ukrainian). The Ukrainian choir accompanied the prayer with its singing.

Drawing on the third encyclical of Pope Francis, Fratelli tutti, Archbishop de Kesel stressed the need for universal brotherhood and the importance of resistance through prayer and solidarity.

At the end of the service, the cardinal thanked everyone for their presence, expressed support for the Ukrainian people, and, quoting Metropolitan Borys Gudziak, asked the Belgians present for three things: prayer, help and informing themselves and others about what is happening in Ukraine.