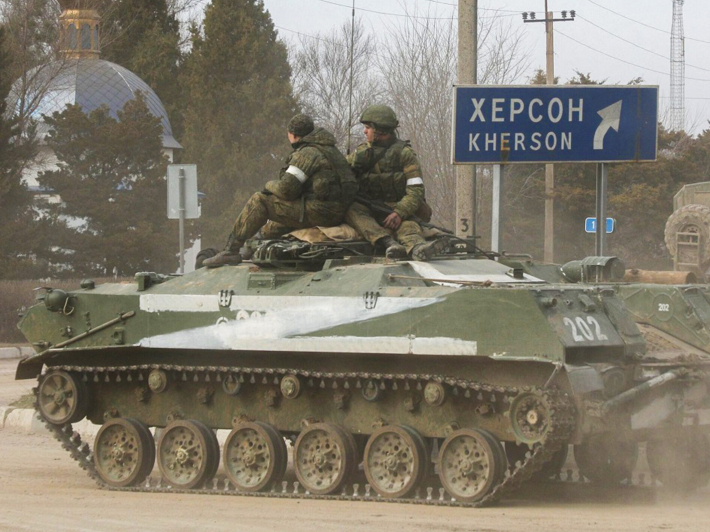 Fr. Ihnaty Moskalyuk, OSBM, from Kherson reported on how life in the city looks as of March 4, and what the possibilities are for the pastoral service of the Ukrainian Greco-Catholic Church there.

According to the priest, pastoral care in Kherson is limited at the moment, inasmuch as during the last two days, people were totally forbidden to leave their homes.

“Today, March 4, was the first day when one could go out into the street. Four people came to us for prayers,” says Fr. Ihnaty. “People come for prayer to the monastery chapel in the intervals between sirens, when it is calm.”

“At the moment, here in Kherson we are totally cut off from communication, there is no Ukrainian television, nothing but Russian propaganda is transmitted on Russian channels. The cellular services Kyiv Star and Vodaphone are shut off; one can’t even listen to the radio. We are in total informational isolation,” the priest told us.

In a week’s time, says the priest, people have become accustomed to the sound of sirens and are not particularly startled although, of course, they are gripped with anxiety.

“What is most disturbing, however, is that we are totally cut off from the news and don’t know what is going on in Ukraine. We don’t know the situation,” he stressed.

Fr. Ihnaty also told us that two days ago, on March 2, there were loud blasts near the monastery. Several volleys fell very close – 200 meters from the monastery building. As a result of the shelling in the microregion where the monastery is located, two buildings and a school were damaged.

“As for spiritual life, during this anxious time we are following church regulations, we pray the rosary. Personally, I also practice the adoration of the Blessed Sacrament for an hour,” adds the Basilian hieromonk.

On March 1, as is known, Russian forces began the assault on Kherson. Seeking to seize the city, the occupants strafed residential complexes.