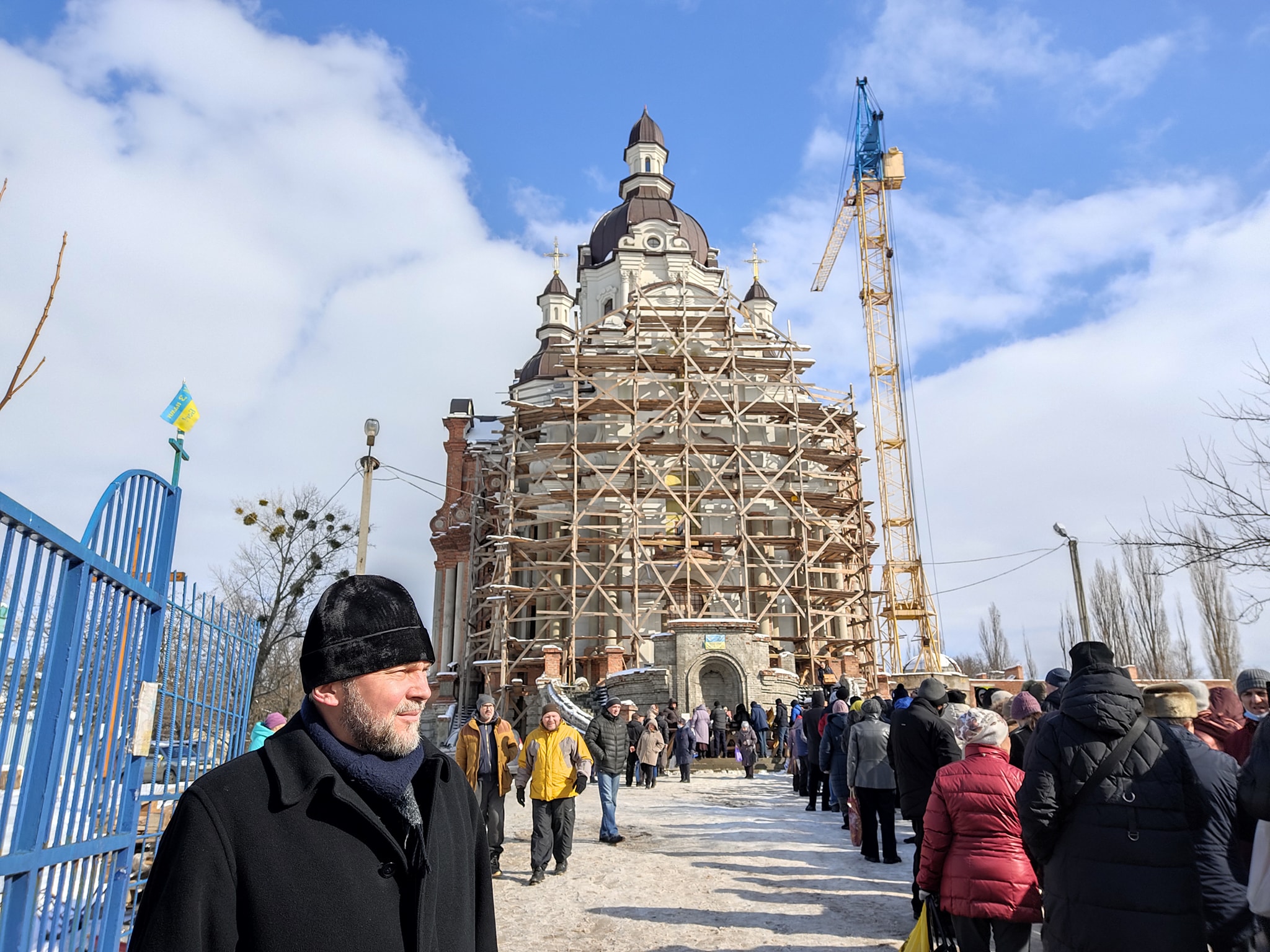 On Sunday, March 6, Bishop Vasyl Tuchapets, Exarch of Kharkiv together with parishioners, for several hours continuously distributed to Kharkiv residents the help received from our brothers and sisters,  from the Sambir-Drohobych Diocese.

Father Volodymyr Borys from the Sambir-Drohobych Diocese brought help. It was collected from various cities of Transcarpathia and Lviv region, including Skole, Slavske, Stryj and the Czech Republic.

This is mainly food and clothing.

People, as soon as they saw that the bus had arrived, immediately started coming to get something.

And today, after the Divine Liturgy, all parishioners from the church immediately gathered to distribute this help. The distribution lasted from 11:00 to 15:00. There was a huge continuous queue.

Children’s clothes  and clothes for adults will be distributed on Monday, March 7. In the coming days, Bishop Vasyl is waiting for more buses with help.

Although Kharkiv is constantly shelled, the Liturgy is served in the lower church, so people come to pray. And some practically live there.

Bishop Vasyl says that the mood in Kharkiv is different. In general, people hold on, but under the influence of bombing, some people become stressed and unable to control themselves. “They are shaking. And then there is no other option than to leave, because the person will not calm down. Some of the city’s residents have left, but I try to persuade people not to go anywhere, because the road is very difficult … “he says.

The bishop said there was no light in their area. But heating has already appeared and is provided, but there is no electricity , and there is almost warm water. But in the districts which are under shelling, there is nothing and people are sitting in basements.

The parishioners brought some help to these people right in the basement.