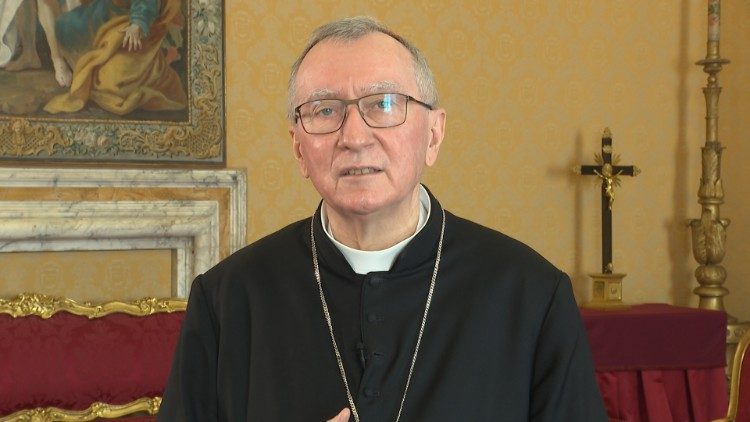 “The Cardinal conveyed Pope Francis’ deep concern for the ongoing war in Ukraine and reaffirmed what the Pope said last Sunday at the Angelus. In particular, he reiterated his call for an end to armed attacks, for humanitarian corridors to be secured for civilians and rescuers, and for negotiation instead of armed violence.”

Concluding the phone call, Cardinal Parolin reaffirmed the Holy See’s willingness “to do everything possible to put itself at the service of this peace.”

News of the talks was also reported by the Interfax news agency, citing the Ministry of Foreign Affairs of the Russian Federation.

“The parties expressed hope that the next round of talks between Moscow and Kyiv will take place soon and that an agreement will be reached on key issues,” with the aim of ceasing hostilities, Russian sources said.

Minister Lavrov’s entourage explained that the minister informed Cardinal Parolin “about Russian motivation regarding the causes and objectives of the special military operation conducted in Ukraine.”

During the Angelus on Sunday, Pope Francis had remarked that the ongoing conflict in Ukraine was not a military operation, but rather a war. The Foreign Ministry statement concludes, “Special emphasis was placed on humanitarian issues related to the conflict, including measures to protect civilians, the organization and implementation of humanitarian corridors, assistance to refugees.”