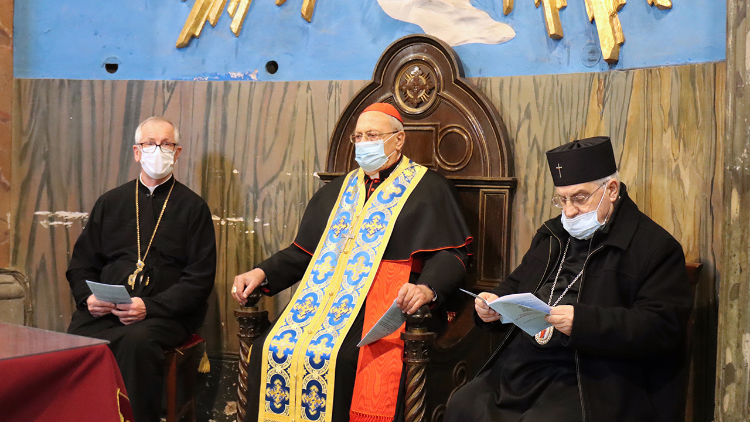 Attending the event was also Cardinal Leonardo Sandri, the Prefect of the Congregation for the Oriental Churches, who expressed his heartfelt closeness to  all the suffering Ukrainian people in this tragic moment for their country.

The Vatican prelate insisted that “in the face of so much shame for humanity and so much suffering” the only weapon available is prayer.

“We have no words. We don’t have missiles, we don’t have guns, we don’t have tanks, we don’t have the force of violence that wants to impose itself at any price. We have the strength of humility of those who receive the contempt of the world and of the powerful of the earth. Our only weapon – in the face of so much shame for humanity and so much suffering is what we have done today: to pray.”

He then implored the intercession of Our Lady, while reaffirming the Church’s closeness to all those suffering in Ukraine and  their loved ones abroad. “Be  strong because God, the crucified Lord Jesus, his Most Holy Mother are with us and with you”, he concluded.