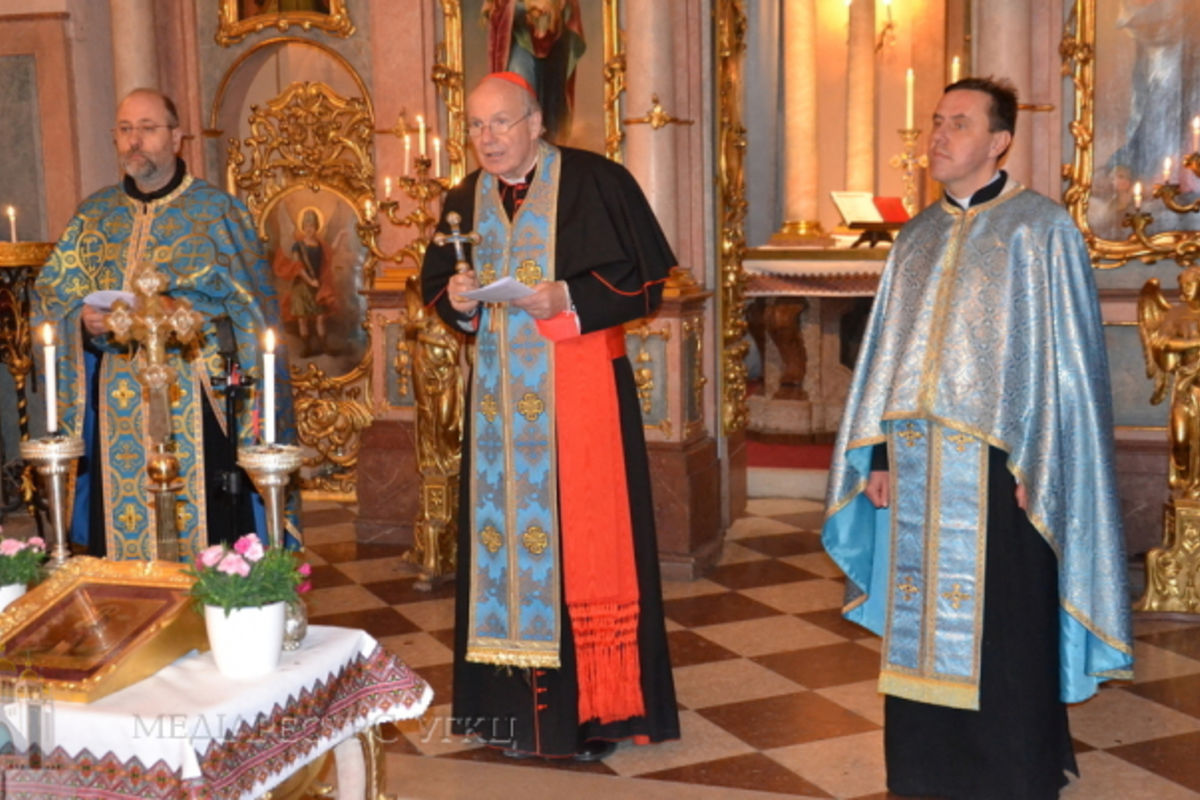 Cardinal Christoph Schönborn visited the central Ukrainian parish of St. Barbara in Vienna last Wednesday, March 2, and prayed there with the Ukrainian faithful for peace and an end to the war. The vicar general for the faithful of the Eastern Catholic Churches, Fr. Iurii Kolasa, and the pastor of St. Barbara’s, Fr. Taras Shagala, prayed together with Cardinal Schönborn.

At the Pope’s request, this year Ash Wednesday was observed throughout the world as a day of fasting and prayer for peace in Ukraine. At the end of the service, Cardinal Schönborn again called for an end to the violence. The prayer, and his call, were directed toward those who had begun the war, that they might repent, said the Cardinal. War is never a solution, he said, calling at the same time for negotiations. This was reported by the press service of the ordinariate for the faithful of all the Eastern Catholic Churches in Austria, citing the Austrian Catholic publication Kathpress.

The Cardinal appealed to the people of Austria to help people in Ukraine: “The people in Ukraine are our neighbors and they are in great need of our help.” The vicar general, Fr. Kolasa, thanked the Archbishop of Vienna for his concern for the Ukrainian faithful. As the ordinary for the Eastern Catholic Churches, Cardinal Schönborn is also responsible for close to eight thousand Ukrainian Greek-Catholic faithful in Austria.

Fr. Kolasa expressed his profound anxiety about the intensification of cruelty on the part of the Russian army, which is presently  bombing residential districts of Ukrainian cities. More and more peaceful residents — children, women, and the elderly — are becoming war victims.

After the service, Cardinal Schönborn also visited the parish facility where donations and material aid are collected, to be then transported directly to the Slovak-Ukrainian border. Numerous people were present during the Cardinal’s visit in order to donate their gifts. The Archbishop was impressed by the solidarity of the people, especially many Ukrainians as well as Austrians. Many volunteers from the Ukrainian parish are taking care of Ukrainians who have found themselves in Vienna as a result of Russia’s invasion of Ukraine or who had already arrived in Austria during the last few days due to concern at the escalation of the situation.