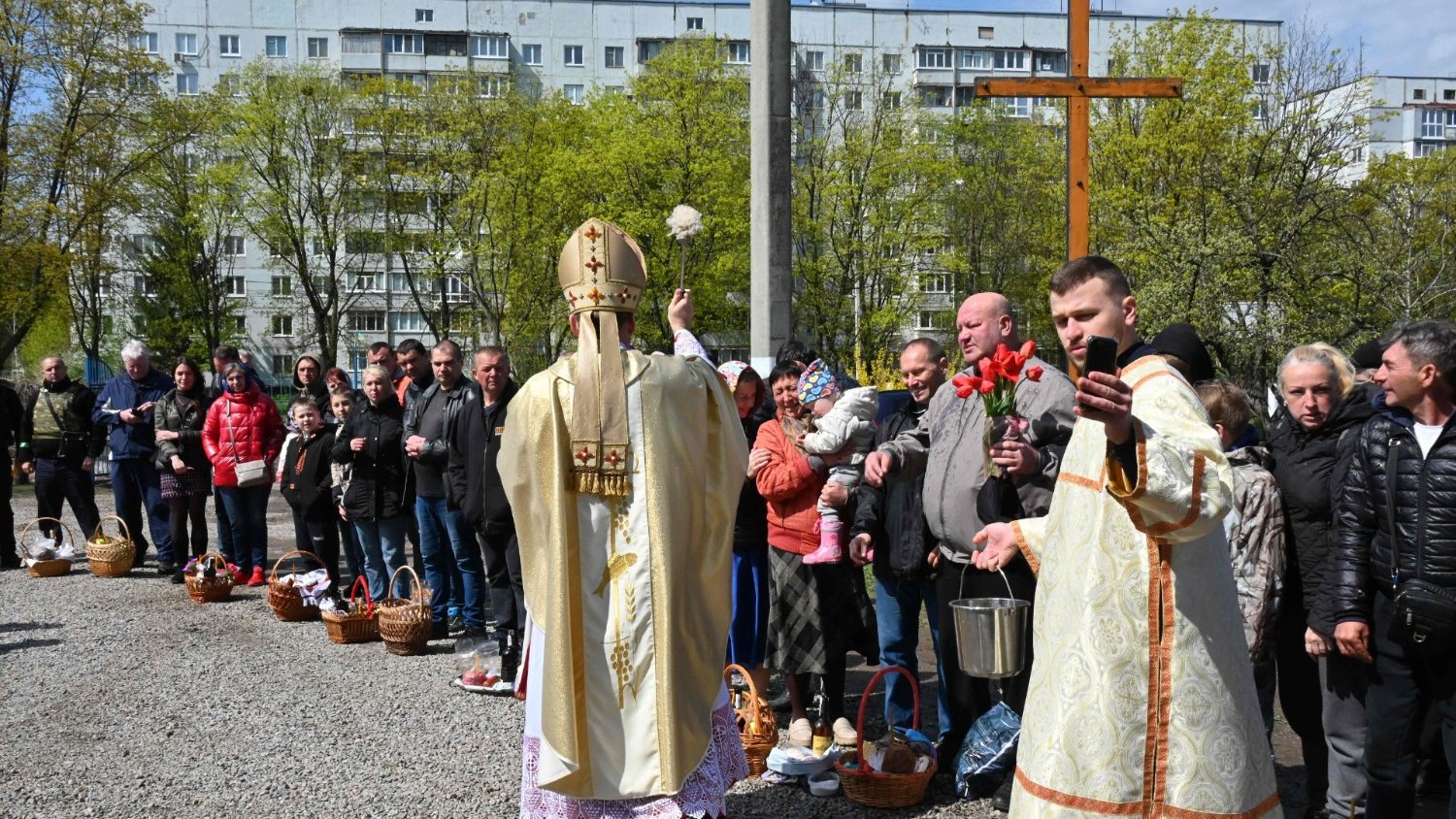 Despite the many appeals for an Easter truce from across the world, Oriental Christians in Ukraine who follow the Julian calendar celebrated  their Easter weekend under the constant threat of bombs.

According to reports from local media, the Paschal Vigil was relatively calm in various regions of Ukraine, but shelling and fighting continued here and there, namely  in  the cities of Kharkiv, Mykolayiv, Luhansk, Donetsk  and Kherson, while the Azovstal steel plant in Mariupol is still under Russian siege.

In spite of the danger, Oriental Churches, including the Orthodox as well as the Greek Catholic communities, managed to celebrate the Resurrection of our Lord on Sunday

As during the COVID-19 pandemic, the Ukrainian Greek-Catholic Church organized special online broadcasts of liturgical services so that all the faithful who were unable to attend in person because of fears of attacks could join the celebrations.

Indeed, people live in constant distress. Referring to this anxiety, His Beatitude Sviatoslav Shevchuc, Archbishop Major of Kyiv-Halic,  assured them that “Christ walks through our closed doors of fear, and uncertainty, even through our pain and suffering”. “He is going through the tragedy of suffering and all the dangers of war. And he brings us his heavenly joy to give Ukraine, his people, each of us his peace”, the head of the Greek Catholic Church in Ukraine wrote in his Easter message.

The joy of Easter also resounded in the Orthodox churches in  Ukraine. “Despite the suffering, the destruction and the pain that the war has brought to our home, nothing can take away the common joy that the Resurrection of Christ brings us today in the darkness of the night and at the dawn of a new day in the new Ukraine”, His Beatitude Epiphanius of Kyiv, primate of the autocephalous Orthodox Church of Ukraine said.

His words were echoed by His Beatitude Onufriy,  head of the Ukrainian Orthodox Church of the Moscow Patriarchate (UOC-MP). “He who lives according to God’s covenant protects not only himself from destruction, but also the world around him,” he said, urging the faithful to be “the guardians of the world, not its destroyers”

The ongoing war in Ukraine was also the focus of Patriarch Bartholomew’s reflection during the Easter Vigil. The Patriarch of Constantinople, prayed for ” peace between peoples, which humanity so desperately needs” and, once again, asked for humanitarian corridors for the thousands of civilians trapped in Mariupol as well as in other regions of Ukraine, where, he said, “an unspeakable human tragedy is taking place”.

“Tonight, on this blessed night, let us once again invoke the immediate end of the fratricidal war, which, like any war, damages human dignity and is a violation of Jesus’ commandment of love of neighbour”

He was joined on Sunday by Pope Francis who, at the Regina Coeli prayer in St. Peter’s Square renewed his appeal for an Easter truce in Ukraine, calling it “the least and most tangible sign of a desire for peace.”