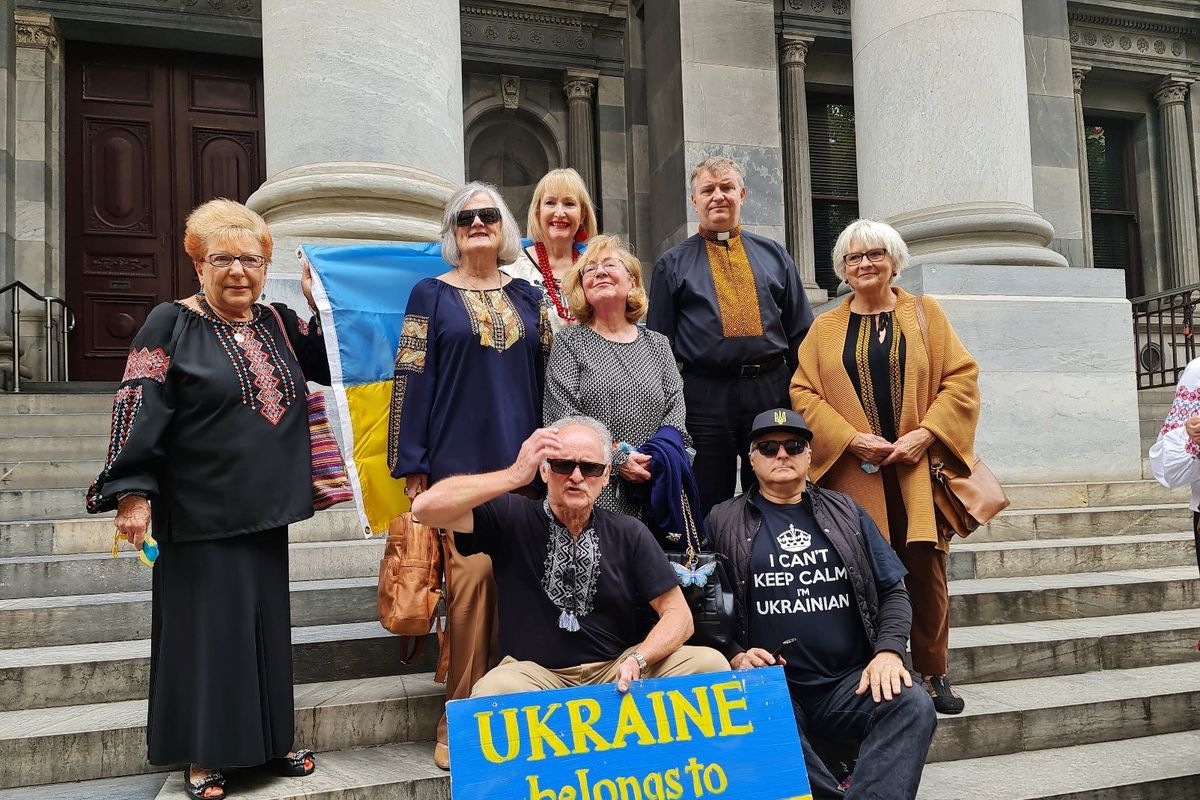 From the beginning of the Russian-Ukrainian War on February 24, 2022, spiritual warfare and protests in defense of Ukraine have been conducted in our parish of the Protection of the Most Holy Mother of God in Adelaide (Australia).

On the evening of Thursday, February 24 we prayed together at a moleben (prayer service) to the Mother of God. The press service of the Melbourne eparchy of the holy chief apostles Peter and Paul reports:

On Friday evening, a day of prayer and fasting in our eparchy of Melbourne, we invited everyone through the mass media to a Divine Liturgy for Ukraine. After the service, we held a panakhyda (memorial service) for the fallen in the Russian-Ukrainian war, continuing on Saturday. In this difficult time for Ukraine, we began to collect donations to help Ukraine.

On Sunday, February 27, we prayed a moleben and panakhyda together with our Orthodox brethren at St. Michael’s parish. The prime minister of South Australia, Steven Marshall, was present at the service. In a private conversation with the premier after the prayer service, we priests requested that Russian-language news be discontinued in Australia.

On Sunday, a large protest demonstration took place in Adelaide which, according to police estimates, was attended by over a thousand people. The protest began with a prayer for Ukraine, after which representatives of the government and opposition spoke. In their speeches, they expressed awe at the heroic struggle of our people and promised to provide sizable support and assistance. Other nationalities, bearing their flags, supported our protest: Poles, Estonians, Latvians, Lithuanians, Slovaks, Croatians, Germans, even Russians (without flags), and others. All this was shown on Australian television.

Every day, when night falls in Ukraine, we in Australia greet the dawn with a prayer for Ukraine, and this unbreakable chain of prayer will help us to defeat the enemy.

On March 2, a day of prayer and fasting for Ukraine announced by the Holy Father Pope Francis, we sent our prayers to the Lord God through the intercession of the Most Holy Mother of God. In his sermon, Fr. Taras Horpyniak pointed out the great power for us Christians of fasting and prayer, and their positive results — the end of the war, and peace in Ukraine. May the almighty Lord God help you in everything.