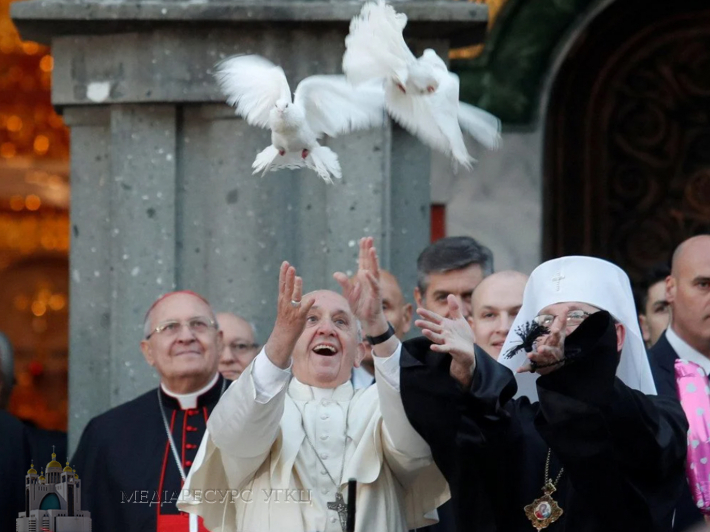 The Holy Father also asked about the situation of bishops and priests in the territories most affected by the Russian military operation. Pope Francis thanked the Ukrainian Greek Catholic Church for its closeness to the Ukrainian people, its choice to be with the people, and the fact that the underground of the Patriarchal Cathedral in Kyiv has become a real refuge for the people.

The Holy Father assured His Beatitude Sviatoslav of his support and prayers for the dear Ukraine. At the end of the conversation, Pope Francis gave his apostolic blessing to the suffering Ukrainian people.

On February 25, His Holiness Pope Francis visited the Embassy of the Russian Federation to the Holy See on Via della Conciliazione to raise concerns about Russian aggression against Ukraine.

His Beatitude Sviatoslav endorses this visit of the Pope to the Embassy of the Russian Federation to the Holy See and hopes that this conversation will become an impetus for dialogue to prevail over the use of force.

The Secretary of the UGCC in Rome