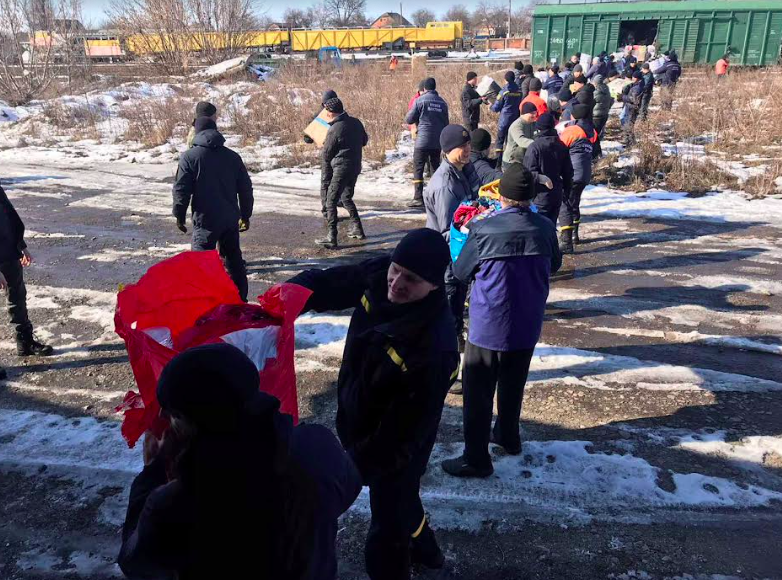 These days, the Archeparchial Anti-Crisis Coordination Center managed to collect another aid for the needs of the Sumy Military-Civil Administration. This humanitarian convoy consists of a total of 80 tons (4 trucks). The day before, train assistance had already arrived in Romny, Sumy region.

It should be noted that this assistance was collected thanks to the efforts of four organizations, each of which prepared one truck. In particular, Prykarpattiaoblenerho JSC, People’s Deputy Eduard Proshchuk, Ivano-Frankivsk Archdiocese of the UGCC and the Association of Territorial Communities of Ivano-Frankivsk Region joined the assistance.

Among the things that were transferred were medicines, long-term storage food, hygiene products and clothes.

We remind you that since the beginning of the war in Ukraine, patrons, benefactors, priests from various parishes, as well as various organizations from abroad have been sending aid in the form of basic necessities and food to the Coordination Anti-Crisis Center. After the volunteers sort everything out, the aid is sent to those most in need. Earlier, such “humanitarian” trucks went to different cities – in the settlements of Donetsk, Kharkiv and Sumy.

Source: Information Department of the Ivano-Frankivsk Archeparchy of the UGCC