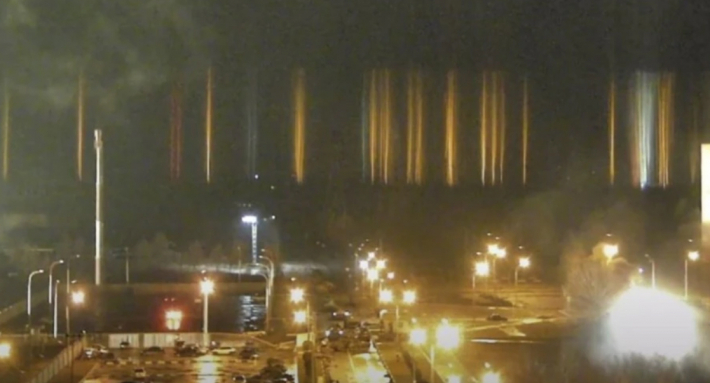 The UGCC Bureau for Ecology appeals to the IAEA and all international environmental organizations, in particular to the International Environmental Organization “Responsibility for Creation”, to do everything possible to make a political decision and establish an A2 / AD zone over Ukraine, taking into account the risks and the location of all nuclear power plants, other power plants and the radioactive waste disposal facilities.

Let’s stop the nuclear threat! This is an open appeal of the UGCC Bureau for Ecology to the IAEA and international environmental organizations regarding the social and environmental threat associated with terrorist attacks on Ukrainian nuclear power plants.

On the night of March 3-4, the Russian aggressor launched a missile artillery strike on the largest nuclear power plant (NPP) in Energodar, Ukraine and the whole of Europe. As of now, the fire has been contained, all six WWER-1000 reactors have survived, but the station’s territory has been seized and controlled by Russian invaders, and the radioactive threat remains of concern, not only for Ukraine, but for Europe and the world at large.

The Chernobyl nuclear power plant also remains captured by Russian terrorists. The whole world remembers the global socio-environmental consequences and the radiation threats to the lives of millions of people as a result of the 1986 Chernobyl nuclear reactor explosion.

Today, there are 15 nuclear power plants in Ukraine, each of which becomes a potential target of a reckless aggressor during war and poses a serious threat to the lives of millions of people, as its destruction could destroy or radioactively contaminate our common natural home given by the Creator – Ukraine, Europe and the entire whole planet.

In the light of faith in God the Creator, we are aware of our shared responsibility for all of God’s creation – nature, and especially for human life. We call upon the International Atomic Energy Agency (IAEA), which has this purpose and is responsible for developing nuclear energy. for peaceful purposes. It seeks this security throughout the world and to take all possible measures to ensure the security of millions of people in Ukraine and abroad – that is, security from the threat of a “peaceful atom” during this time of war in our country, Ukraine.

The organization, “Responsibility for Creation,” which is based in Vienna, Austria issued the statement: do everything possible to make a political decision and implement A2 / AD zone (Anti Access / Area). Deny access and close off this area, located in Ukraine, taking into account the risks and the geographical location of all nuclear power plants and of all radioactive waste disposal facilities.

We also call upon the conscience and the common sense of those who give orders to attack and fire upon nuclear power plants. It will be recalled that as a result of the explosion at the Chernobyl nuclear power plant in 1986, there was radioactive contamination. Besides Ukraine, also approximately 50,000 square kilometers of Russian territory and the territory of Belarus were radioactively contaminated. The deadly effects of radiation do not know any boundaries! Therefore, do not give criminal orders to shell nuclear power plants, which threaten not only the security of Ukraine, but also the health and lives of millions of people in Russia and Belarus!

May the Lord, our Creator and Savior, enlighten and convert those responsible for the calamity of war in Ukraine, remove the threat of the “peaceful atom” and stop the suffering of people and  of all God’s creation, of nature, and grant us peace.

Head of the UGCC Bureau for Ecology