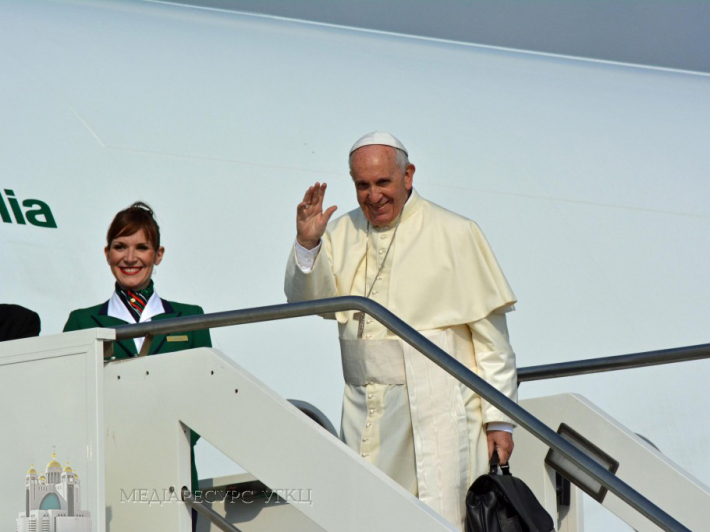 The Head of the UGCC announced that Pope Francis’ visit in a time of war could be a powerful peace gesture and the Pope is much awaited in Ukraine. He noted this on the air of the telethon on Channel 5, commenting on the possible future visit of the Roman Pontiff to Ukraine.

“We are working hard to make the Holy Father’s visit to Ukraine happen”, – said the Head of the UGCC and added that both the government and the church are involved in this process. This was reported by the UGCC Information Department.

“We want him to come to Ukraine as soon as possible”, – emphasized His Beatitude Sviatoslav.

According to his words, the circumstances of war are not a main obstacle to the visit.

The Head of the UGCC informed that he recently spoke to Pope Francis and The Holy Father told him personally that he will do everything in his power to stop the war in Ukraine. “His visit to Ukraine during the war can be a powerful peaceful gesture”, – believes His Beatitude Sviatoslav.

“We are sincerely waiting for him”, – he added.

We remind you that on Saturday, April 2, during a trip to Malta, the Holy Father Francis stated that the issue of his visit to Ukraine is on his desk, he is considering it and, if possible, will make this visit.

Returning from Malta to Rome on Sunday, April 3, Pope Francis stated once again that his visit to Ukraine is regarded as one of the proposals received. “I do not know if it will be possible, if it is appropriate and if it will work for the better. Or maybe it’s really necessary and I have to do it… It’s all in the air”, – said the Pope.