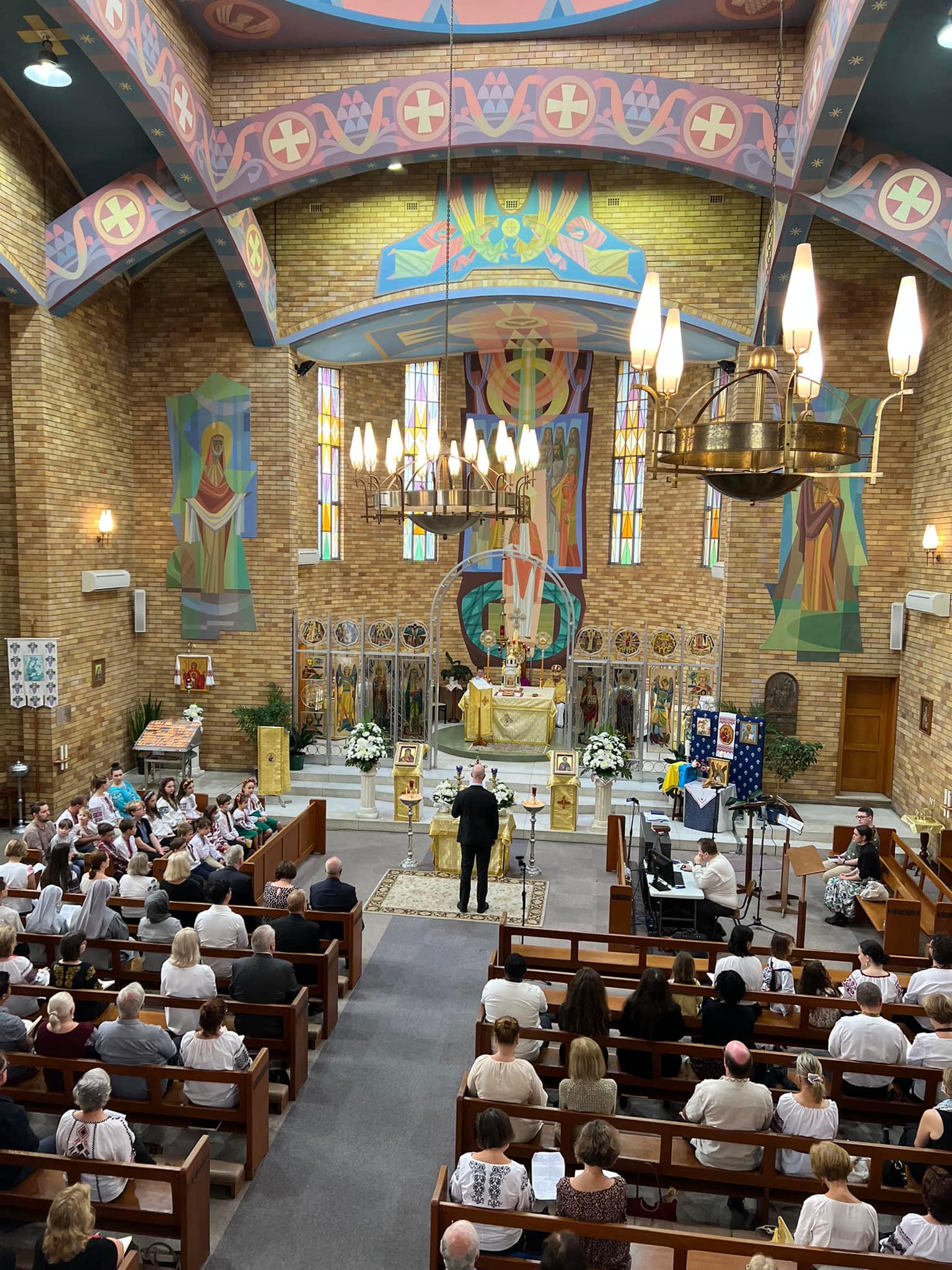 On Sunday, March 6, the Archbishop of Sydney, Australia, Anthony Fisher, took part in the Divine Liturgy in Sydney’s Ukrainian Greek Catholic Church. The liturgy was presided by the church pastor and the protosyncellus of the Melbourne Diocese of the UGCC, Fr. Simon Ckuj, in concelebration with Fr. Lori Foot and Fr. Peter Guy.

Representatives of local authorities also visited the Ukrainian community on this day.

Archbishop Fischer stressed: “We must all recognize that the battle in Ukraine is, in fact, a spiritual battle for the soul of mankind, and only through the intervention of God, His Blessed Mother, martyrs and saints, peace will be restored.”

In his address to the present, the Archbishop of Sydney also noted: “Ukraine is a brave, sovereign, peaceful, democratic nation and a mostly Christian country.”
According to him, the sad reality today is that one of the motives for Russia’s invasion is the encroachment on independence.He recalled the unprecedented move by Pope Francis, who personally came to the Russian embassy in Rome last weekend to hold Russia accountable.

At the end of the Divine Liturgy, the parish’s Ukrainian school children sang “Prayer for Ukraine.”