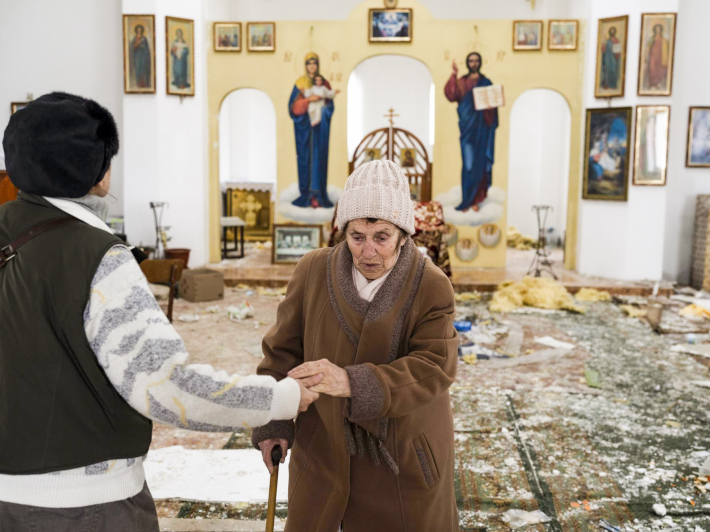 Speaking with people here in the Kyiv region, one can feel that many people, many men in even territorial defence, are afraid that victory over the enemy will come without their participation, and after the liberation of the Kyiv region and the Chernihiv region, they are begging, begging to go where there are battles.

This night and the last day, heavy battles are being fought. The enemy is shelling Kharkiv. Mykolayiv is being fired upon with heavy artillery. There is not a single city in the Luhansk region that has not been subjected to heavy bombing. According to the latest UN data, 1,800 people have officially died in Ukraine. The real figure is probably several times, maybe ten times, higher, because only now are they starting to find the dead in the liberated towns and villages. About 1,500 people are officially missing and we have no news about them. It is likely that they have also died.

Against the background of this cruelty, on the one hand, but on the other hand, of heroism and greatness of the Ukrainian people, I would like to reflect with you today upon the fourth Commandment of God, which says:

“Honour your father and your mother, that it may be good for you and so that your days may be long in the land” (Exodus 20:12). Fathers and mothers are the source of life for each person, the image of our God, our Giver of Life. Their fatherhood and motherhood are also an image of God the Saviour, who cares for His children, creates for them a space of life, a space of security, a God who wishes good and happiness to His children. That is why it is so important for one’s own longevity to be able to honour one’s parents, but to honour one’s parents, God’s fourth Commandment protects every elderly person. It is very moving to see how Ukrainians honour their elders and even during evacuations they carry the elderly in a reclined state, mothers or fathers lying on their sickbeds.

Today our priests, our volunteers visit elderly people in the cities and villages of Ukraine who are left alone and this is an opportunity to see God’s power in their eyes. Each such visit is a great enrichment. They say: “Ah, you came to us! Then the Lord God has not forgotten us.” And the older people are for us, of the younger generation, teachers of life, those who transmit true values ​​of life, which can be a firm basis of building your own way of life.

Let us remember today those older people who are most vulnerable during this brutal war. I was very impressed by a story from Lukashivka in the Chernihiv region, which tells how the occupiers treated the elderly, including people. An eyewitness, Mykola, an older man who is over 70 years old, says that when the Russians came to the village, they drove about 140 people to the basement of the school. The basement was 60 square meters. There, the dead were kept together with the living. There were about 50 children there. He explained that in order to sleep, he tied himself with a scarf to the gymnastic wall bars (Swedish ladder) and so that, in a suspended position, he could fall asleep so as not to step on anyone around him.

O God, accept the sacrifice of Ukraine, the sacrifice of love, to You, O God, and to their neighbour! Behold the tears of our elders, at the weak people who need your help! O God, bless our army, which protects and defends Ukraine, protects life, defends peace in our homeland. O God, grant Ukraine victory! And let us all pray together for the victory of good over evil in Ukraine.