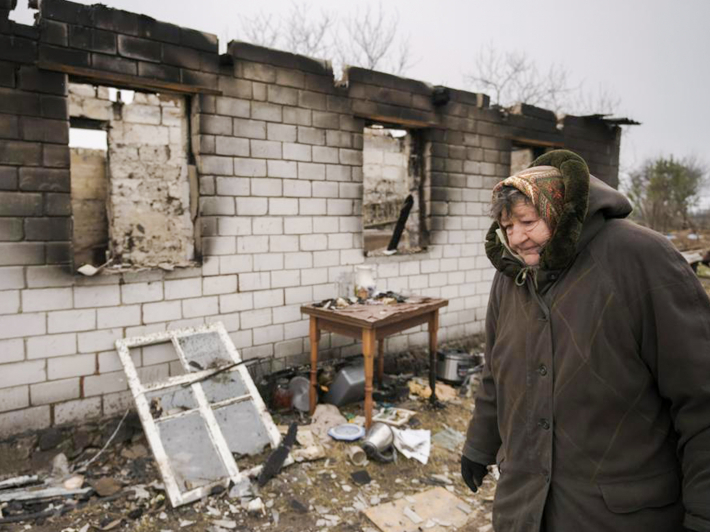 Today is 6 April 2022 and Ukraine is experiencing the sixth week, the forty-second day of this unjust, bloody war that Russia is waging against Ukraine.

Our people are defending—heroically defending—their land. They are showing examples of heroism, not only on the battlefield, but also by saving human life. This night, once more the enemy fired missiles at the most vulnerable elements of the infrastructure of the Ukrainian economy. Several businesses of the chemical industry were bombed, which dealt a painful blow to the ecology of those towns and villages. But today we are especially worried, we feel pain for life, for the fate of those people who found themselves in the temporarily occupied territories. We know that there, in the Kherson region, in the South of the Zaporizhzhia region, food is already running out and there is no possibility to deliver humanitarian goods there.

Ukrainian Mariupol holds on heroically. Again, there has been no way to deliver humanitarian aid. Even evacuating people from those dangerous areas is getting harder and harder. These humanitarian corridors are constantly under fire. And most people today die during the evacuation. According to official United Nations figures, more than 1,500 civilians have been killed in Ukraine during the war, although we know that the real number is much larger. Many people are considered missing and we have no news about them. Many of them, probably, have also passed away.

We were all touched by the story of four-year-old Sasha, from Vyshhorod district in the Kyiv region, who also died during the evacuation.

Human life during war, what is it worth in the eyes of man? In God’s eyes it is priceless.

May the Lord God bless our Ukrainian people! May He save all those where the human hand cannot reach! In His hands we entrust the lives and health of our people, especially in the war zone and in the occupied territories.