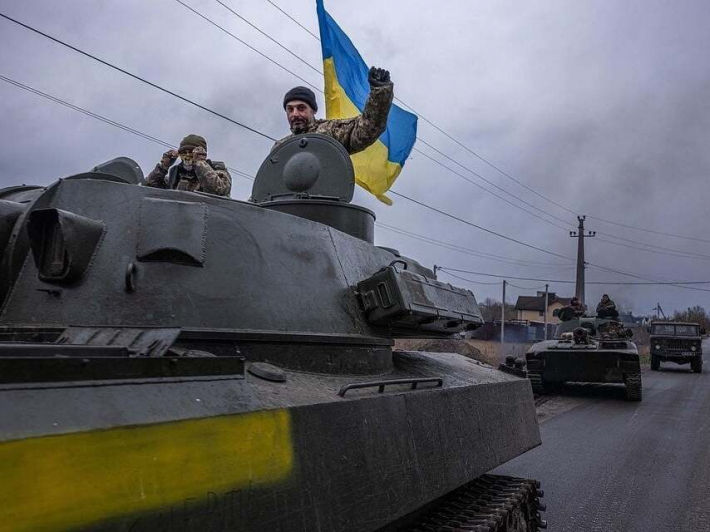 Today is Saturday, July 16, 2022, and the people of Ukraine have been holding back the large-scale invasion of the Russian army on our land and our state at the cost of their own life and the blood of their children for already these 143 last days.

Again on this last day and especially on last night, the Ukrainian land shook and was generously sprinkled with human blood, as it barely recovered from this massive rocket attack on Vinnytsia. Last night the enemy heavily shelled Odessa with rocket fire. Glorious Odessa is burning… The city of Dnipro was hit by rockets. Many other towns and cities are now suffering from these nocturnal rocket strikes, and we cannot mention them all here. Dozens of people died…hundreds were injured…

But Ukraine holds firm. Ukraine is fighting. Ukraine prays. And Ukraine wins. We simply see how the wave of popular rejection of this murderous policy of the aggressor is mounting. People’s anger is transformed into strength, into strength of courage, into the will to defend oneself – to defend one’s own land and one’s people.

And today I would like to reflect with you on perhaps the most important human problem. On one of the main sins that the devil instills in man, and therefore to the most important means of victory over this original disaster of humanity.

And that sin is the sin of pride, and the virtue, the power that eradicates this ancestral human affliction, is the virtue of humility. Pride is the most dangerous passion, it is the mother of all sins. It is because of the pride of Satan, that this angel of light went away from God. It is pride that has destroyed the efforts of many righteous and ascetic Christians. Pride is man’s idolatry for himself. Not for someone else, but for one’s own person, oneself which becomes the personal idol, to which he sacrifices everything and everyone around him. The person then closes himself to the grace of God. Such a human being cannot be helped, neither by God nor by another person. Therefore, pride is the first sin causing all other sins, and sometimes remains the last that can be reconquered by ascetic effort and spiritual warfare.

The apostle Peter tells us that “God opposes the proud, He gives grace to the humble”. At all times, man has asked himself this eternal question: “Why is there so much evil in the world?” Saint Augustine answers him: “There is a lot of evil because pride exists; heal yourself and pride will no longer arise, will disappear, there will be no more wickedness”. This is why our Savior Jesus Christ made himself humble, humbled himself unto death, in order to overcome the devil and his pride with which he fills proud man. Because it is the very humility of man that destroys this sin. True human humility is not a humiliation of human dignity, on the contrary, it is a rediscovery of it. And the apostle Paul tells us that humility is precisely the tool, the weapon against the devil, with which he can be captured, he can be defeated. The apostle Paul says, “We tear down fallacious reasonings, all that haughtily exalt themselves against the knowledge of God, and we capture every thought to bring it to obey Christ.” 2Cor10:5

Today, more than ever, we see how pride, the pride of a dictator, who has in his hands so many means to destroy human life, becomes a destructive force. Through this force that tempts and seduces, he leads his people as a whole on dangerous paths: pride, which is the cause of murder, war, destruction and the ultimate death of man.

Today we ask our Savior, who was humbled unto death, to allow us to live – to be saved, to save our people and our country. May our personal virtue of humility be victory over the evil we see around us. May this divine humility, which is an instrument of human salvation, become a model for the Christian humility of each one of us. When we humble ourselves before God, then all diabolical pride that demands idolatry falls before Him.

O God, save Ukraine. O God, bless the sons and daughters of Ukraine who do not want to kneel before anyone else but before You alone. O God, we understand that he who does not fight for freedom is not worthy of it, because we have received this freedom and this dignity from You. We humbly bend our knees, our hearts before our humble Savior on the cross to celebrate the victory over the devil and his servants with Him who has risen from the dead.

May the blessing of the Lord be upon you through His grace and love of humankind, always, now and ever, and for ages of ages. Amen