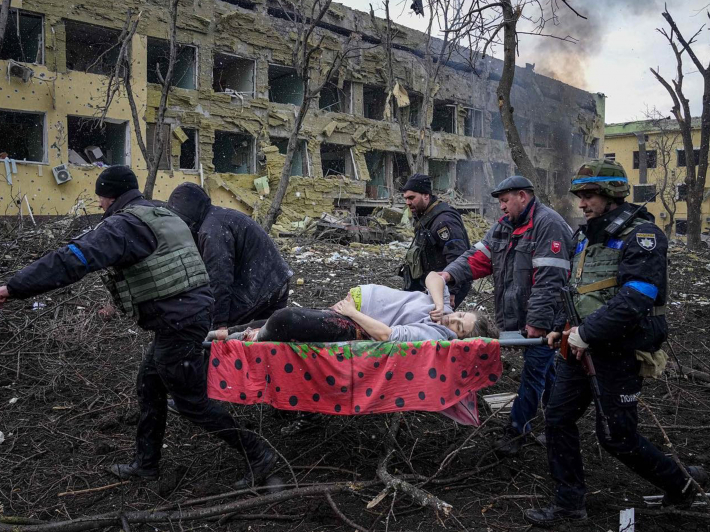 Today is 10 March 2022 and we are experiencing the fifteenth day of this horrible war.

Today my conscience and the conscience of every Christian demands that we raise our voices throughout the world and loudly say the word “No,” to declare strong opposition to the mass murder of people in Ukraine. Especially in these last moments, we see mass murder in the besieged city of Mariupol. This city, which was founded by the Greek community as the “City of Mary,” has been transformed into a cemetery for tens of thousands of people.

Yesterday we saw horrific scenes of the bombarding of a maternity ward as well as scenes of mass graves, common burials, where hundreds of lifeless bodies are laid to rest.

Today we must say throughout the world: No! No to mass murder in Ukraine! Since the time of Nazism and Stalin’s repressions, Ukraine has not seen such mass burials in common graves, without honour, without Christian prayer.

Today we must say throughout the whole world: Stop the mass murder of people! The city of Mariupol has almost 400,000 inhabitants. For almost two weeks the city is under complete siege. People are dying from hunger. People are dying from the cold. On their heads there are falling on rockets, shells, bombs. Today we must remember them and, in their name, speak to the conscience of the whole world. We beseech you: Open humanitarian corridors! Give woman, children, and the elderly an opportunity to leave this cold, besieged city. Give us the opportunity to send food and medicine there. Give us an opportunity to rescue people.

In the name of the city of Mariupol, let us appeal to the whole world: Save the skies over Ukraine! Do everything possible to close the Ukrainian skies to Russian weapons and Russian aviation dropping bombs on peaceful inhabitants. We would like to raise our voices in defence of those who are dying every day before the eyes of the whole world.

Today millions of people are abandoning their homes in the south, east, centre, and north of Ukraine and are on the move to safer places. I appeal today to all residents of Ukraine, to the homes where forced migrants are coming knocking. I ask you: Disregard the language they speak, the church they go to, which traditions they have. Open to them your hearts, your homes, embrace them in the name of God!

Today before our eyes in Ukraine there is a developing and unfolding humanitarian catastrophe. But together we can do this, we can stop it, we can stop this war. We pray, we rescue human life.

I would like to also turn today to the global Ukrainian community, to all our bishops and priests: carry the truth about the genocide of the Ukrainian people to the world community!

In all our churches, I ask that you serve memorial services for the reposed for all those who were buried in common graves without Christian prayer and a funeral.

Through our prayer, through our help to the victims, through our voice to the conscience of the world, let us end the madness of this war!