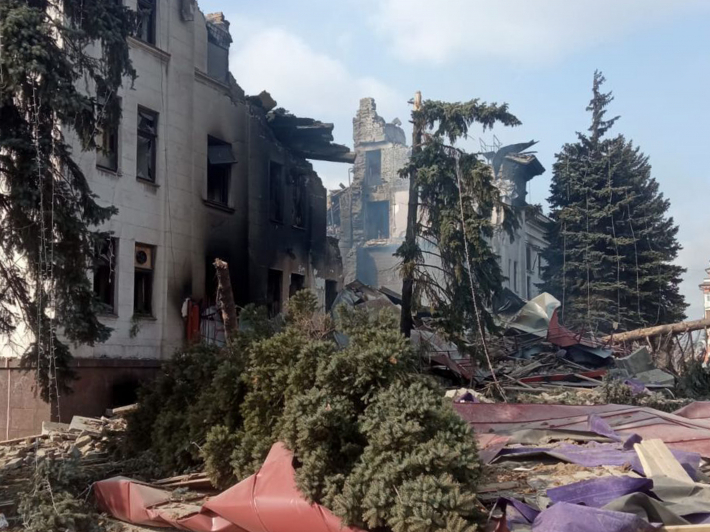 Today is 21 March 2022 and Ukraine is already experiencing the twenty-sixth day of this unjust, terrible war waged by Russia against the peaceful Ukrainian people and our state.

Today, thank God, we survived this night. The Lord God allowed us to see the light of day. But this night blood was shed once more in Ukraine. Our cities and villages trembled once more from the bombings. Once more, screams, cries, and weeping are heard from the Ukrainian land all the way to the heavens, to the ears of God.

Today we empathize with the city of Mariupol, where a real genocide is taking place. People are dying not only from enemy weapons but also from hatred. Hundreds of people are dying of hunger, not only in the city but also in its environs.

Real crimes against humanity are happening in the temporarily occupied territories. Every day we receive news about a real humanitarian catastrophe, about murders, looting, rape. But even there, especially in southern Ukraine, civilians are protesting against the occupying power. People are protesting against their oppressors and murderers, and they show that Kherson and other cities of Ukraine, which are under occupation today, are Ukraine, and they want to live in a Ukrainian, independent, free state.

I ask all of us to pray for those people who are forcibly being deported from Ukraine to Russia. We have the facts again of a wave of forcible deportation of Ukrainian citizens to a foreign state. None of us knows what fate awaits them there, because they do not decide for themselves what they are to do.

Today I would like to especially thank all those who are called rescuers in Ukraine, for their dedicated work. These are our firefighters, as well as emergency services at various levels. What kind of courage and faith is needed for the service you do, if the infrastructure of our cities and villages is bombed and destroyed every day! And these tireless heroes tirelessly and stubbornly restore it every day. They restore the electricity supply, they restore the gas supply, they restore the heat supply to our people’s homes. Every day they see the enemy destroying the fruit of their labor, and yet they stubbornly restore and build it the next day. Many of them have died under enemy bombs and bullets, zealously performing their task. May there be as many such rescuers in Ukraine as possible!

How important it is for the whole world, the whole world community, to be like those rescuers who are regaining the space of life in the face of war. Who build peace and save people’s lives in today’s Ukraine, which is fighting.