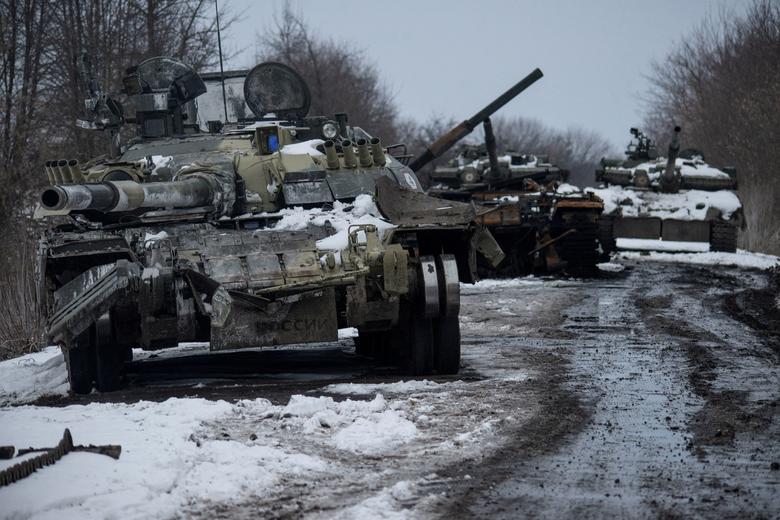 Dear Partners of UCU and Ukraine!

People around the world express their admiration about the heroic resistance of Ukrainians to Putin’s killing machine. Ukraine reminded the whole world what the idea of dignity stands for and why it is worth defending it even at the expense of one’s life.  World leaders responded with a wave of holy wrath to the outright evil revealed in Russia’s premeditated and unprovoked aggression against Ukraine which keeps inflicting horrible suffering on the Ukrainian people. The West gets united in solidarity by standing for the truth and good against everything evil that has been revealed of Putin’s regime and by what it represents.

Deep in human hearts there is a longing for what is true, good and beautiful however much it is clouded by selfish interests and greed. The Maidan (Revolution of Dignity) that put Ukrainians on the path of pilgrimage to dignity in 2014 and which so irritated and scared Putin is now marching through the world. Dignity matters again. Let’s not forget this moment and remember what its price is. Ukrainians are now literally crucified by the wickedness of Putin’s Russia. When the world renews its spiritual energies, Ukrainians die under Russia’s ruthless assault.

Ukraine surprised the world at the moment of its deepest tragedy. How much more would it be able to surprise the world if it was given a chance of uninterrupted and undisturbed development for at least over two or three generations?! When we hear about institutions in the West celebrating their centennials without any major disruption of their operation, we can hardly imagine what it is like. Because in Ukraine it is nothing short of a miracle. As soon as Ukraine grows its new generation, its professionals in business, engineering, arts, spiritual life, education, etc., it is furiously attacked by the imperially obsessed Russia uprooting Ukraine’s vitality and dreams. Then Ukrainians must begin from scratch, over and over again. Then we keep hearing how disappointing our new steps are, how awkward our attempts at following the path of the developed and matured nations, how frustrating is our performance in democratic growth and how futile all our attempts to get an “A” in a democracy class… Would you like Ukrainians really surprise you? Give us a chance for no disruption for at least two generations, help us protect ourselves from the imperial neighbor.

During last days we lost young volunteers Ruslan Karpenko, Ivan Zorya and Anastasiia Yalanska who tried to bring food and medicine to people in the towns under siege, a journalist Victor Dudar, a town mayor reaching out to people who cry for survival Yuriy Prylypko, an actor Pavlo Lee, Yulia Zdanovska, teacher and enthusiast of mathematics, and many other men and women whose dreams and talents might have served this Ukraine which could surprise any of us.

There are many lessons to be learned from this drama of human suffering. One of them should be an examination of conscience in the West. What happened to us that we were able to overlook and neglect the growing darkness in Russia?

Russia has never repented for its communist past, has never done moral reckoning with the atrocities that were committed on human lives in the name of bloody ideology. It has never brought dignity back to the victims of the Leviathan by collecting memories and remembering in prayer each innocent life which was taken by state violence. Russia has not only done nothing of the mentioned. It went the path of glorifying the communist past, of manipulating historic memory by reference to succession narratives of the present institutions from the Soviet ones. What could one expect from a country where its secret service (FSB) celebrates its centennial by reference to the establishment of Cheka, Soviet repressive and bloody police organization?! Such examples abound. Well before the war three quarters of Russians believed that the Soviet time was the best epoch in the history of the country. 59% expressed positive attitude to Stalin and the idea for grand memorialization of Stalin and his epoch through building a monument and a new museum complex near Nizhniy Novgorod won 50% of supporters among those who were born after the breakdown of the Soviet Union. This number was steadily growing from 2005 where only 11% of the same age group were supportive of the idea.

The deep reflection on and repentance over the Nazism experience made the West alert and careful on not crossing certain lines in public policies and discourse. It made certain ultra-right-wing ideas concerning the experimentation with the human person and society repellent and utterly unacceptable in the civilized society. But the trauma of communism was reflected upon in depth and its tragic lesson was learned by heart neither in Russia nor in the West.

If the West is serious about recognizing itself in the broken mirror of suffering Ukraine, it must conduct its “Nuremberg tribunal” to condemn communism and russian chauvinism with all the committed atrocities and violations of human dignity. This will eventually help Russian people to resist Putin’s incarnation of communist hubris in its ambition to dominate the world at the expense of respecting and affirming human dignity.

Today we appeal to our partners not to let the West move from one complacency of comfort at any cost to another complacency of self-righteousness. Ukrainians deserve a chance for peaceful development without any disruptions from imperial Russia. Much moral work should still be done. But first and foremost, Carthaginem esse delendam!

We hope for your support!
Yours sincerely,
Rectorate and Operating Group of the Ukrainian Catholic University