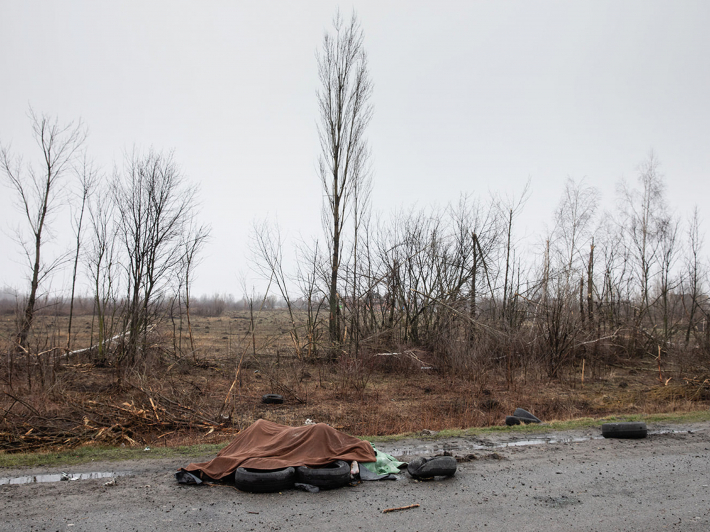 Today is Sunday 3 April 2022 and our homeland, our Ukraine, has been going through 39 days of this cruel, terrible war.Again, during the last day, the last night, our land was shaking from Russian bombs and missiles. Again, our cities and villages are on fire. Screams, cries, groans are heard today from the Ukrainian land to the heavens.
This night our glorious Odesa was hit by a rocket. Fierce battles are being fought around Chernihiv, Sumy, Kharkiv, Donbas, in the South of Ukraine. The invincible Ukrainian Mariupol has been fighting for days.
But Ukraine is standing. Moreover, the Ukrainian people are gaining a wondrous internal strength, a strength to defend their homeland. This strength, this determination, is provided even by the horrible scenes we see from the liberated towns and villages of Ukraine.

Literally a few tens of kilometers from the center of Kyiv, in the liberated towns, we see horrific war crimes. Mass graves with hundreds of lifeless bodies. Executed people lying in the streets, sometimes with tied hands. Naked bodies of women which they did not have time to burn. Europe only saw such scenes in the liberation from the Nazis. Today Ukraine is seeing this, and it is so important that the whole world sees and hears it.

The very fact of being able to see the Russian army trying to take looted property out of Ukraine by the truckloads is heartbreaking. It was the property of these innocent victims, whom they wanted to wipe off the face of the earth.

Today is a holy day, holy Sunday. And we, again, hurry to our churches to stand before the face of God in a communal prayer for peace, for the victory of good over evil, for the Lord God to bless a better fate for Ukraine.
Today we will offer the bloodless sacrifice of the Body and Blood of our Saviour, from our Ukrainian army, for the wounded, for our refugees, of whom there are already about 10 million. And every second refugee is a child.
Today we will stand with our hands raised in prayer before our God, Creator and Saviour, beseeching Him to stop this war.

Today I want to express my sincere gratitude to all those who will pray with us in different parts of the globe. I would especially like to thank the Association of Marian Shrines of Europe [European Marian Network] today, who sent a letter to the President of Russia with a strong condemnation of this war and a demand to stop this terrible aggression and bloodshed in Ukraine. I thank them for the letter to the President of the European Parliament asking them to accept Ukraine into the European Union.

The largest Marian pilgrimage places in Europe—Lourdes in France, Fatima in Portugal, Altötting in Germany, Mariazell in Austria, Częstochowa in Poland, Loretto in Italy—pray and support Ukraine. These are the centres that today shape the conscience and consciousness of Christians in Europe. We are thankful today that the conscience of true Christians of the world, of different denominations, is with us.

The blessing of the Lord be upon you through His grace and love for humankind, always, now and ever, and for ages of ages. Amen.