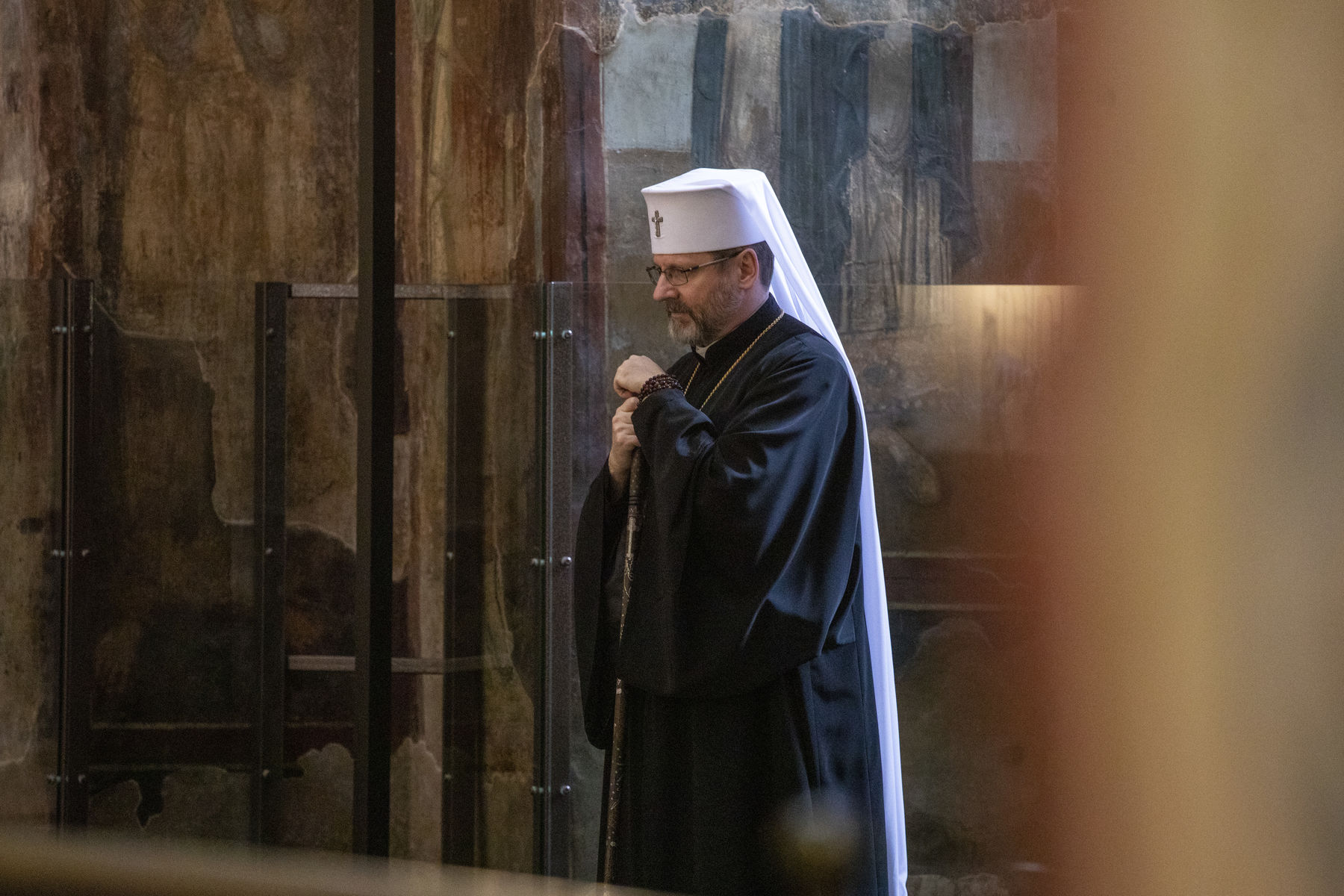 Today is Monday 1 August 2022 and the Ukrainian people have already, for the 159th day, been in an unequal battle with the Russian aggressor, repelling the daily, powerful attacks of the Russian army on our homeland. Our people are bleeding—but they are protecting their own, defending their homeland in love of God and neighbour.

During these already more than five months of war, the enemy attacked civilian objects, civilian structures, and civilian people 60 times more than the military. So, we see that it is really about the genocidal intentions of this attacker who came to kill, to kill the Ukrainian people.

During the last day and the last night, the Ukrainian land trembled again and, unfortunately, human blood was shed. Many people died, many were wounded. From the information, from the news that we receive from the front, the enemy is relentlessly advancing on the Donetsk region. However, there is no apparent success. A large army is accumulating in the south, in the Kherson region. Our Mykolayiv is suffering for the second day in a row. Only yesterday, in one day, 20 rockets were fired at this city. Last night, once again, this city in the south of our homeland, this city on the Dnipro and the Black Sea coast was on fire.

Moreover, Ukraine thinks not only about itself, but also thinks about how to feed the hungry throughout the whole world. And today, 1 August, the first bread caravan is supposed to leave Odesa, in order to export Ukrainian grain and feed the hungry in different countries of the world. This is a very special moment on which the fate of millions in different countries of the world depends. Therefore, let us pray for the success of this noble cause, because the enemy destroys bread on purpose. In Zaporizhzhia alone, 40,000 tons of Ukrainian grain were deliberately destroyed by the Russians during those last months.

But the Lord God will bless us all. He is the One Who gives us daily bread, as we pray in the “Our Father”. That is why we say: Ukraine stands, Ukraine fights, Ukraine prays.

And now I would like to invite you to a special moment in our teaching on how to pray correctly. This is the prayer of listening. Because, if we don’t know how to listen, to listen to God Who addresses us, He answers us, we can become disappointed very quickly in such a personal prayer of ours to Him. Therefore, the prayer of listening is an integral part of a person’s spiritual life. Just like communicating with our neighbours, we must learn to listen to them. Then we will understand them. Then our communication with people will be full, mature, and fruitful. Something similar happens in our prayer life.

The prayer of listening is especially revealed to us by the example of the prophet Elias, whose memory we will solemnly celebrate in Ukraine tomorrow. The prophet Elias listened on Mount Horeb to God Who approached him, and tried to distinguish at which moment the Lord God is present—not in a storm, not in thunder and lightning, but God came to him in a light breeze.

So, I invite you to this school of prayer with the Holy Scriptures, which has various very important steps in order to get closer to God’s Word, to hear it, and therefore to live by it. Let us read the Holy Scriptures every day. And about how we should do so, we will find out together at our next meetings.

O God, bless Ukraine. O God, hear our prayer. O God, speak to us with Your life-giving Word, which liberates, strengthens and elevates. We say together with the prophet today: “Speak, Lord, for Your servant, Your servants, Your children are ready to listen to You.”