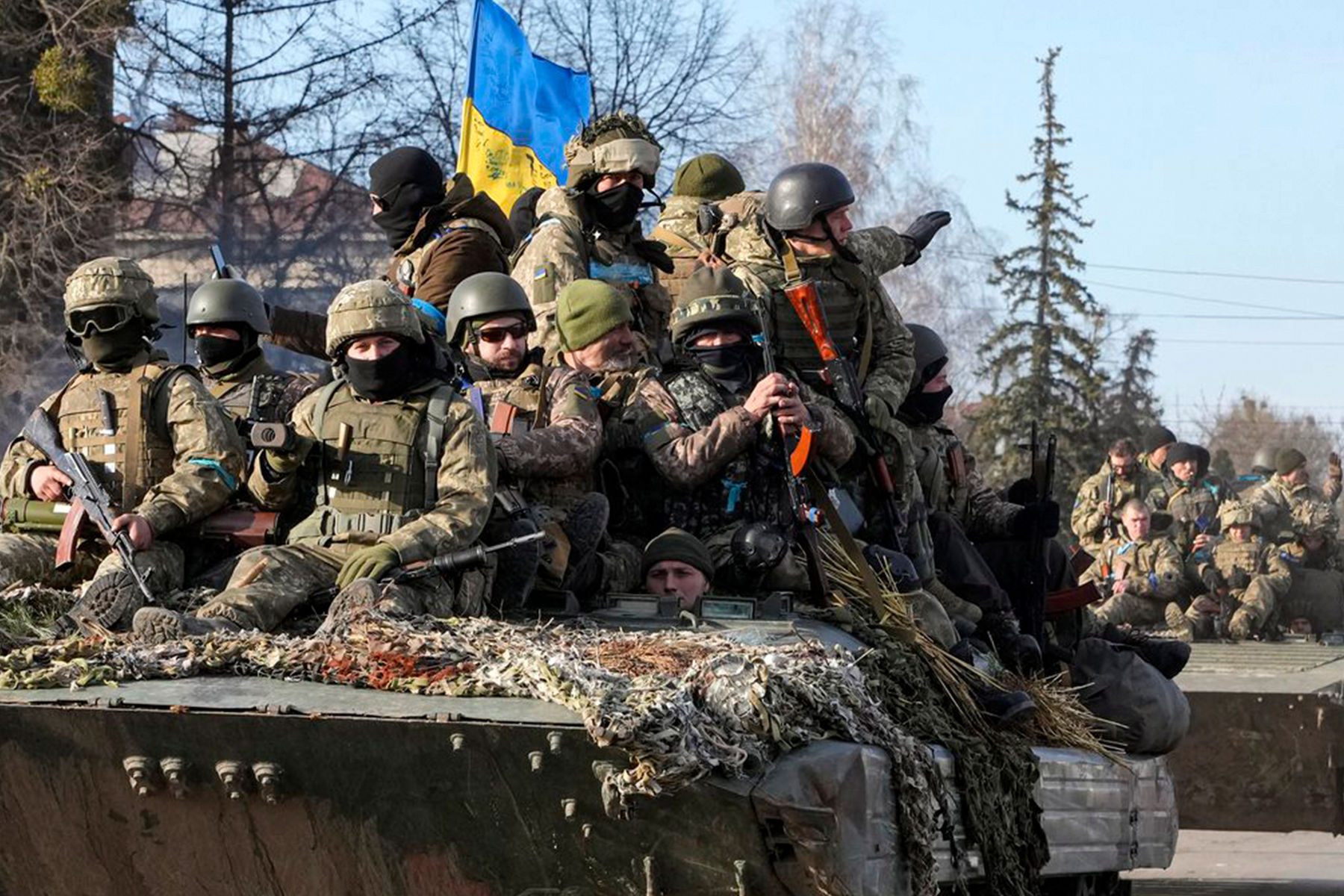 Again, during the last day, the entire front line was on fire. The enemy is also mercilessly shelling every piece of Ukrainian land where his murderous, deadly hand can reach. Mass shelling was carried out on our border areas in the north of Ukraine, in the Chernihiv and Sumy regions. Our cities of Kharkiv and Mykolayiv shuddered again under Russian bombs. A powerful blow was inflicted on the city of Nikopol, where 60 of those rockets and missiles caused great destruction to this Ukrainian city, an industrial city, and many people were killed and injured.

In just one day, Russia launched eight cruise missiles over Ukraine for a total of $100,000,000. We see that even the occupiers find it increasingly difficult to explain to themselves and their own people why this senseless war is needed. We see how much money the aggressor invests in destruction, ruin, and death. And the occupier steals the future of his own people. Instead of developing one’s patriotism by investing those funds in the well-being and better life of the Russians themselves, great trouble, great harm, great destruction is inflicted on everyone: both upon Russians in Russia and on the Ukrainian people. The occupier invests in death, but Ukraine is fighting and dying for life. And that is why we say that Ukraine is standing. Ukraine is fighting. Ukraine is praying.

Today we will continue our journey along the paths of the wisdom of Christian prayer. You and I are once again thinking about certain ways of listening to God. We practice prayerful listening to God’s word, prayerful reading of the Holy Scriptures. We have already gone through several preliminary steps, talked about preparation, about the first reading, lectio, of the divine text.

Today, let’s reflect on listening to God’s Word, which is directed to us through the reading of the Holy Scriptures. And this third moment of prayer with the Holy Scriptures is called listening, meditatio. We said yesterday that when re-reading the text of the Holy Scriptures for the first time, we tried to feel what in those words, in those phrases, in those expressions struck me the most or affected me the most. And today, when we want to really hear the voice of God, which is directed through these texts, we need to ask ourselves the following: what does God want to say to me through the word of God that I read? What touched me, what particularly moved me, what does it mean to me? What is this word of God addressed to me personally?

In order not to fall into various dangers during this meditation on the Holy Scriptures, it is very important to share what you hear with the community. That is why we say that it is good for beginners, in particular, to start prayerfully reading the Holy Scriptures in the prayer community of their parish, their congregation. And in this way it will really be possible to protect yourself from any misunderstanding of what you heard. In certain communities there is a tradition of listening to the echo of the word that sounded in the heart of all those who read the same biblical text. And what I heard from the Lord God today can be important not only for me personally, but also for the community, the Church, to which I belong.

Today, I would especially like to appeal to our soldiers, to the sons and daughters of the Ukrainian people, who are forced to repel the incessant attacks of the unjust aggressor and occupier with weapons in their hands. I want to tell you, our dear soldiers, volunteers, fighters of territorial defense: we are proud of you and we pray for you. We are proud of you precisely because you surprised the world with your courage, your bravery, even your wisdom in confronting an enemy that is numerically greater than us. The words of the Prophet Isaiah, addressed to the unjust rulers, the powerful of this world, are fulfilled in you.  He says: “Make plans, but they will not succeed, for God is with us.” With your sacrifice today, you are destroying the wicked designs of the occupiers and the powerful of this world, who support or justify them. And so we pray for you.

With our prayer watch, we support you, we organize our communities around the world, so that Ukraine wins in this just defensive war against the unjust Russian aggressor.

O God, bless Ukraine. O God, bless the Ukrainian army. O God, bless all those who pray with us today, stand in solidarity with us, who support Ukraine in its just struggle. O God, give Ukraine and the world Your just and divine peace.