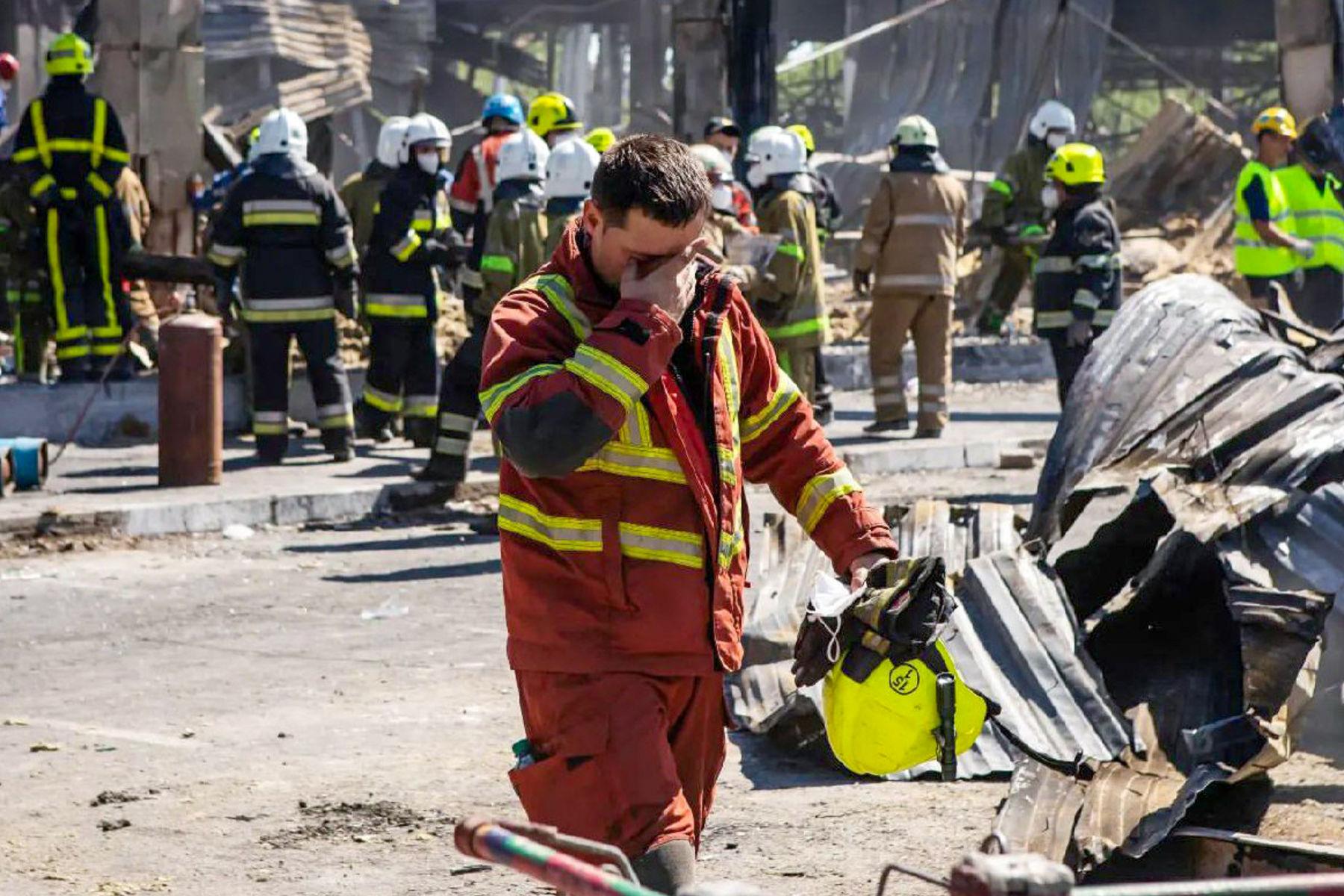 Today is Friday 5 August 2022 and the Ukrainian people have been standing in this unequal battle with the Russian occupier for 163 days. They defend their homeland in the context of this great, unjust, senseless, and sacrilegious war.

During the last day, once again Ukraine cried. Ukraine was bleeding. The enemy launched a large rocket attack on the city of Toretsk in the Donetsk region, and it hit a bus stop where civilians were waiting for transport. Many people died and were injured. The Orthodox church was damaged and the priest was severely injured. This sacrilege really goes beyond any common sense.

During the last night, heavy shelling was carried out on Kharkiv and on our already wounded, long-suffering Mykolayiv. The city of Zaporizhzhia experienced a difficult night. The rockets hit the infrastructure of the city of Zaporizhzhia. Much can also be said about our cities, towns, and villages in the east and south of Ukraine. But, we see that Ukraine is learning to overcome and with God’s strength defends her right to exist, her right to freedom. Various international institutions note that the invaders are losing the strategic initiative.

Over the past few days, you and I have been reflecting step by step on the elements of the prayerful reading of the Holy Scriptures, delving into these spiritual rules of wisdom, listening to God’s Word, which Christ’s Church has acquired over thousands of years. You and I learned to perform the prayerful spiritual reading of the Holy Scriptures called Lectio Divina. And you and I have already gone through the first three steps: preparation, reading, then listening, reflecting on the Word of God that we have read and heard.

And today we will take a step further. The fourth moment in the prayerful reading of the Holy Scriptures is the moment of settling on an answer. Because when the Lord God speaks to me, when I hear His voice, that moment is not just a moment of some satisfaction of human curiosity in relation to eternal things or eternal truths. When the Lord God speaks to a person, He fills them with a certain power so that they act. Actually, our faith is a task, a calling to a certain activity, a certain mission. And so, the fourth moment of the spiritual prayerful reading of the Holy Scriptures is the moment when we ask ourselves: “How should I now respond to God for the word I heard from Him? What should I say to God now? What should my life be now, my action, after the Lord spoke to me?” And this fourth moment is sometimes called the moment of prayer, when we respond to God. Usually we want God to answer us. And here a person really tries to understand what they should do in response to God’s call. The figure of the Most Pure Virgin Mary can serve as a vivid example for us. In response to the Annunciation she heard the Word of God, which the Archangel Gabriel brought to her, that she will give birth to a son; that the Holy Spirit will descend on her and the power of the Most High would overshadow her. She then immediately sets off, rushes to her relative Elisabeth, who is going through the last months of pregnancy, in order to serve her. The Mother of God hears and immediately sets off, hastens to serve her neighbour.

Therefore, after hearing God’s Word, search in your heart for true words of prayer in response, and then prepare for work.

Today I would like to say a special word to the workers of the emergency services in Ukraine. Those whom people usually call with one word: rescuers. We see our cities and villages burning every day. And our firefighters tirelessly put out these fires. We see how the enemy systematically destroys the infrastructure of large cities, launches rocket-bombing attacks on the cities, the civilian population. And our rescuers are relentlessly dismantling the rubble, and from under the debris they take out and rescue the people who were there.

Today, the life and activity of Ukraine depends on how quickly and effectively communal services will be able to eliminate the consequences of Russian attacks. Actually, this service is a service of emergency treatment of wounds, life support of cities and villages of Ukraine.

Today, on behalf of our entire Church, I want to say to our firefighters, paramedics, rescuers, and utility workers of various types: Thank you very much! We thank you for the heroic service you perform, even at the cost of your own life, so that cities and villages are not without electricity and gas supply. We thank you for rushing to help and for being the first hand of help from God and Ukraine, which is extended to those who became victims of the Russian occupier. May the Lord God bless you and reward you a hundredfold for all the heroic service you do for your people and your country.

O God, bless Ukraine! O God, bless the Ukrainian army. Bless the sons and daughters of Ukraine, who are defending their homeland today. O God, listen to the prayers, cries, wailing, and lament of Your people, and save them. Bless Ukraine with Your just, heavenly peace.