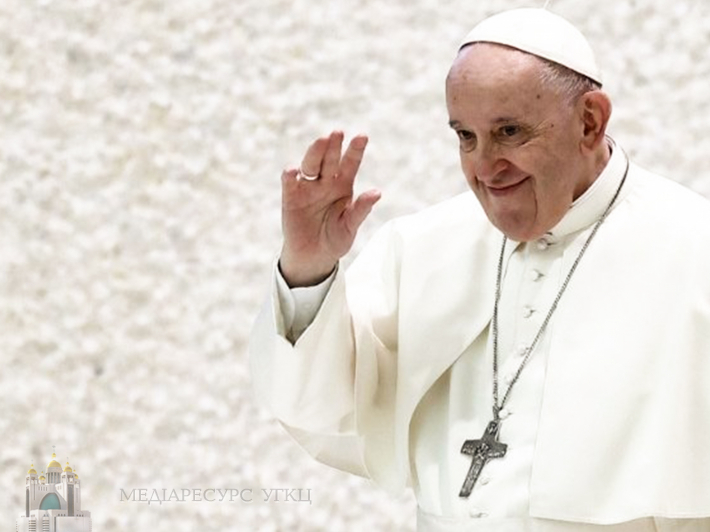 Today is Tuesday 12 July 2022 and the Ukrainian people have been standing in defense of their homeland for the 139th day, holding back the huge military onslaught of the Russian army, which is bringing death, destruction, misery, and hunger to our lands.

During the last day, our land was again flowed profusely with human blood. Intense fighting is taking place on the border of the Luhansk and Donetsk regions. Last night, the enemy launched a massive rocket attack on our Mykolayiv in the south of Ukraine, where two medical facilities were destroyed, residential buildings were also destroyed, and even we do not know how many people were injured. In the same way, our Kharkiv, also a martyr city, was attacked by Russian cruise missiles at night.

Today in Ukraine, together with our Orthodox brothers, we celebrate the feast of the Chief Apostles Peter and Paul. This is a special feast day, because it is not for nothing that the Church celebrates the memory of these two supreme apostles on the same day. On this day, two opposites seem to be combined in the icon of the Apostolic Church. We see that Peter and Paul were completely different people and different apostles, with different temperaments, and also with different missions. But they preached the same Gospel and created the same one, holy, catholic, and apostolic Church.

Peter was an uneducated fisherman from Galilee. Paul, originally Saul, was a Jew from the diaspora, from the city of Tarsus, probably one of the most educated people of his time in the Jewish environment. Peter was a man without rights in relation to the state Roman authorities. Paul was a Roman citizen. Peter was the closest disciple of Christ from the very beginning of His preaching, and Paul did not know Christ during His earthly mission, but met Him while traveling to Damascus in order to kill the first Christians. Then Christ said to him: “Saul, Saul, why are you persecuting me?” Peter brought the Gospel to Jewish communities throughout the Roman Empire, and Paul was the apostle of the nations. And we, who come from other peoples from outside the Jewish environment, owe the gift of faith to the apostle Paul.

But we celebrate the memory of these two apostles on the same day, because the Church wants to tell us something particular: Peter needs Paul, and Paul needs Peter.

It was to the apostle Peter that Christ gave some special tasks and special gifts of the Holy Spirit so that they could be fulfilled. It is to him that Christ says: “Simon, and I tell you, you are Peter, and on this rock I will build My church, and the powers of death shall not prevail against it. I will give you the keys of the kingdom of heaven, and whatever you bind on earth shall be bound in heaven, and whatever you loose on earth shall be loosed in heaven” (Matthew 16:18–19). And in another place, Christ says: “Peter, Peter, behold, Satan demanded to have you, that he might sift you like wheat, but I have prayed for you that your faith may not fail; and when you have turned again, strengthen your brethren” (cf. Luke 22:31–32).

So, we see that the ministry of the apostle Peter goes beyond the scope of only the local local Roman Church. It is a symbol of the universality of Christ’s Church. He receives a special gift of being a symbol of the unity of that Church, and in his figure today we see that it is not enough for some local Church to preserve the apostolic tradition, it is necessary to be in communion, in unity with universal Christianity, with other local Churches and with the successor of the apostle Peter. It was Peter to whom Christ gave the gift of being the first in conversion, the first in repentance. It is because of this gift that he becomes a rock and a true teacher of the faith, a point of support for all other bishops, all other Christians in other parts of the globe. Therefore, it was not for nothing that the early fathers taught that where Peter is, there is the Church.

Today, on this day, we want to pray especially for the Peter of our time, for Pope Francis, the successor of the apostle Peter, because the same gifts that Peter received, each of his successors receives, in order to be a symbol, a builder of the unity of Christ’s Church, to call everyone to communion in the one Body of Christ. We see that some agree with the voice of Pope Francis, others do not, but everyone hears him, everyone notices him. Let us pray that among us, Christians of this new time, he will be the first to convert, and then, after his own personal conversion, confirm the faith of his fellow believers. We pray that he will come to Ukraine as soon as possible to stand on the side of the suffering Ukrainian people. Because Peter is always where Christ is, and Christ is where the suffering are. Christ is always on the side of the victim. Let this visit of the Holy Father to Ukraine be the solemn declaration that Christ and His disciple, the successor of Peter, are together with the Ukrainian people, are on the side of those who suffer from the war in Ukraine.

O God, bless Ukraine. O God, bless her children. O God, bless all those who are looking for the true and right Church, so that they see that only in the universal communion around Peter is the fullness of Christ’s Church, and there are the keys to the Kingdom of Heaven.