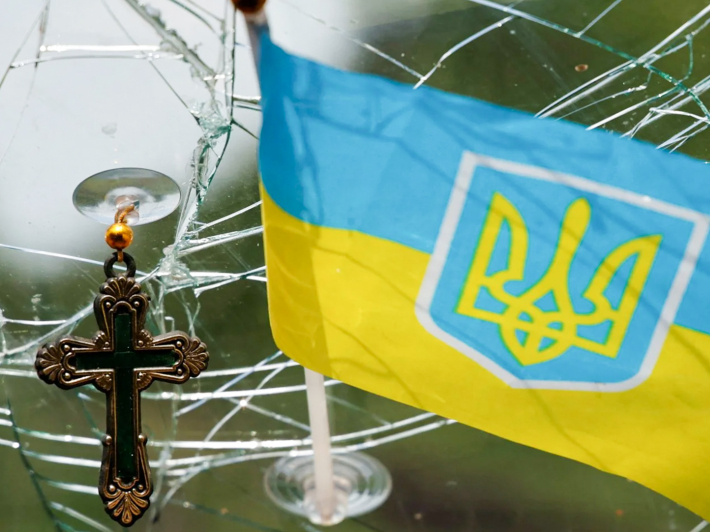 Today is Wednesday 13 July 2022 and the Ukrainian people have been standing for 140 days and holding back the massive onslaught of the Russian murderous army.

This is the 140th day of resistance, national resistance to the aggressor who entered our land. During the last day, the Ukrainian land shuddered again, Ukrainian blood was shed again, mothers are crying again. The most active battles, as in previous days, are taking place on the border of the Luhansk and Donetsk regions. The enemy is stubbornly, but unsuccessfully, storming our cities of Slovyansk and Bakhmut, and the Ukrainian Army is showing examples of heroism and courage against the enemy, which is several dozen times larger in number, in terms of weapons, than it.

Therefore, today we want to thank the Lord God and the Armed Forces of Ukraine for the fact that we are alive, that we survived until this morning, and see the light of day.

Also, this night, this day, our Kharkiv shuddered from Russian rockets and artillery. More than 15 rocket strikes were inflicted on this long-suffering city. In the same way, our Mykolayiv was subjected to a massive rocket attack, people died. But the heart aches the most for the town of Chasiv Yar in Donetsk region, which you already know, because during these few days, active rescue operations were carried out after the enemy shelled high-rise buildings with people who slept peacefully at night. More than 40 killed civilians were already retrieved from the rubble.

Today we are once again walking the paths of Christian wisdom, this spiritual knowledge of how to overcome. And today I want to reflect with you on one more passion, one sin, which today is very often a great danger for the Ukrainian people, for Ukrainians, in particular, in times of war. That danger, that sin, is anger. And the opposite virtue to anger, which can be used to overcome this demon that captures our souls and hearts, is the virtue of long-suffering. These days, there were many questions about how to overcome the hatred of the enemy who kills us, how not to be angry when you see all the crimes that are taking place on our land. But the anger that we are talking about today is not just a feeling, which is a natural reaction to not perceiving the evil that is in front of us. Anger as a passion is not only a feeling of malice, it is a state of a person who aggressively defends his existence, but without hope in God and at the expense of his neighbour.

The holy fathers talk about three types of anger: first, the anger that burns inside a person is such a constant fire that consumes us from the inside. The first victim of anger is the one who is angry. Then there is anger which manifests itself in our actions, words, and deeds, in the lack of love in relation to the person closest to us. John Chrysostom speaks of such anger as broken relationships between people when he says: “If you inflict insults, then you are defeated, but you are not the person who knows how to overcome. It is very important that anger does not take over you. When you keep silent and let that anger enter you, you are already a slave to your enemy.” The third type of anger is anger that sometimes a person carries for a long time as a burden and cannot get rid of it. Anger is very dangerous, because sometimes it is the cause of murder and violence, and collective anger can even become the cause of war. In early Christian writings, we read the following instruction: when anger or malice takes hold of you, then know that he, this angel of malice, is already in you. But due to the virtue of long-suffering, which we also call gentleness, quietness, a person becomes invulnerable to anger. Why? Because she feels protected by God. Already in the psalms we read such instructions, which are very important to hear today and take close to heart. The psalmist says: “Do not burn with anger at evildoers, do not envy those who do iniquity, trust in the Lord and do good, so that you may live on earth and be saved. Be calm in the Lord and trust in Him.” We see that the reason for such anger, such passion, is the loss of hope in God, in His justice. And John Chrysostom instructs us: “If we show long-suffering, then we will become invincible and no one, from small to great, will be able to harm us.”

Today I want to invite everyone to pray for us to be able to turn our anger into the virtue of courage through our meekness and long-suffering. Because we all need to be courageous in the face of a criminal attacker. Let us pray today for our army, for our defenders, the girls and boys who defend our Ukrainian land with their bodies.

Let us protect our hearts from anger and hatred, let us be filled with the virtue of long-suffering, so that we can resist evil for a long time, and the enemy does not first fill our hearts through the demon of anger.

May the blessing of the Lord be upon you through His grace and love of humankind, always, now and ever, and for ages of ages. Amen. Glory to Jesus Christ!