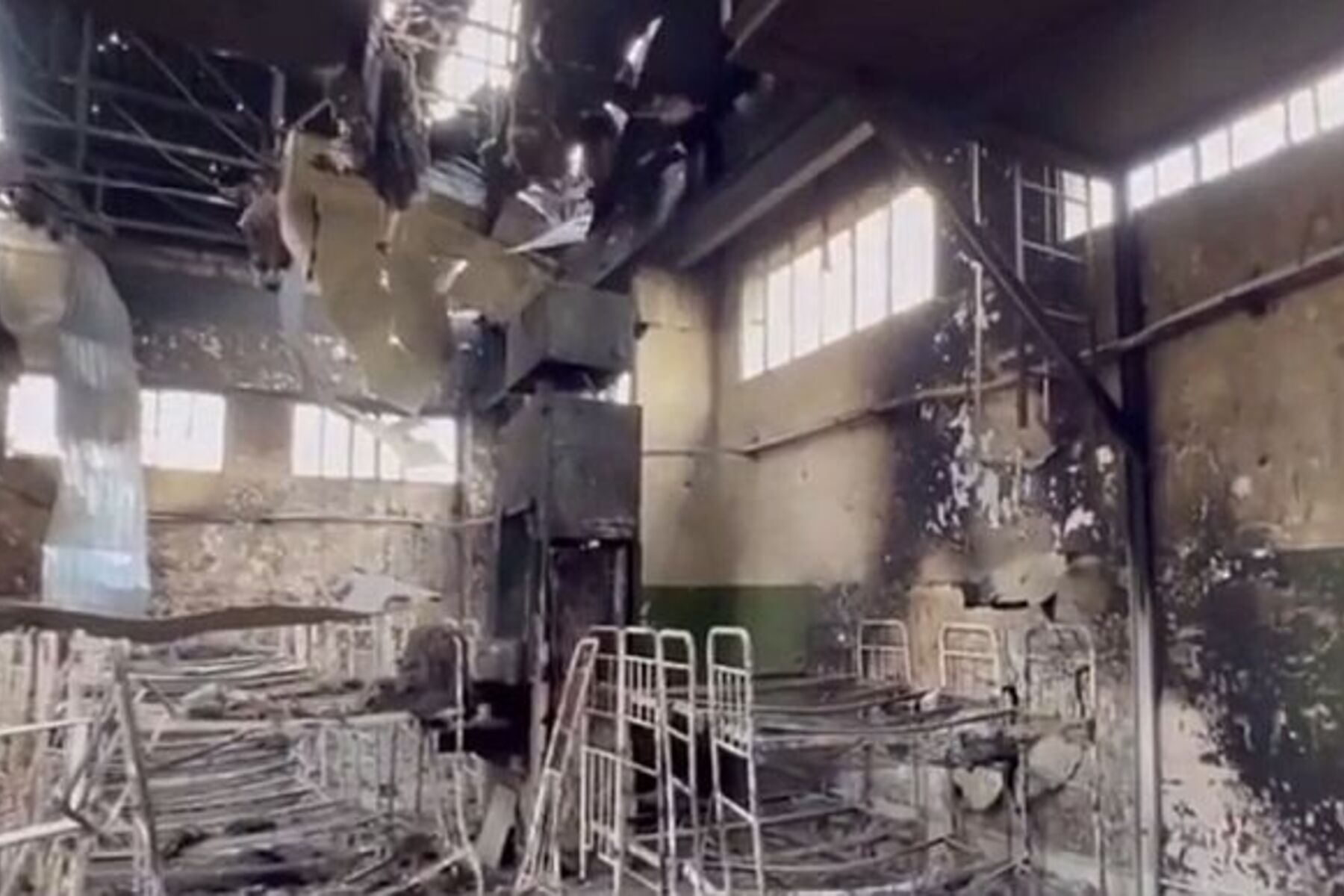 Today is Saturday 30 July 2022 and the Ukrainian people have been suffering from a full-scale major war for the 157th day. They are shielding their homeland, their land from the Russian enemy—the occupier and murderer—with their chests.

Apparently, after the atrocities and mass murders in Mariupol and Bucha near Kyiv, it was already difficult to surprise Ukrainian society with something. But yesterday, well, they shook Ukraine and the world with examples of inhuman atrocities, criminality, and Russian cynicism. In the morning, our Mykolayiv was shelled with cluster bombs, where at a bus stop people who were waiting for public transit were killed in a very cynical way. More than five were killed and several dozen were injured. This morning, the enemy again hit the most populated parts of the city of Kharkiv with rockets. And what happened yesterday with the Ukrainian prisoners of war, well, the world must condemn it as a special manifestation of inadmissible savagery and cruelty. Footage of the horrific torture of a Ukrainian soldier was made public yesterday. During the day, we received news that more than 50 Ukrainian prisoners of war were mass-murdered in the town of Olenivka in the Donbas. With what cynicism was it done! With what insidiousness and attempt to frighten the world and manifest these crimes, was this done! In the name of God, we condemn these atrocities, these crimes against humanity.

Today I want to appeal to the conscience of people all over the world, to the world community, to the heads of churches and religious organizations, to those who today consider themselves human in the modern world, representatives of various institutions that rely on international law, to condemn the war crimes of the Russians, which, at the same time, are crimes against humanity. If we, as people, do not distance ourselves today and say a clear “no” to atrocities, a clear “no” to torture, then tomorrow this type of behaviour, unfortunately, could overwhelm the whole world.

Yesterday, you and I reflected on the first type of personal prayer, when we pray spontaneously with our own words, which come from our heart at the very moment of prayer. We even talked about the possibility of prayer without words.

Today I want to contemplate with you the second kind of prayer that we practice as Christians almost every day. This is a prayer with the help of prayer texts, those prayers that have become the treasury of the spiritual life of Christ’s Church for thousands of years. In our prayer books and liturgical books, we have various prayers, composed by holy people, true ascetics of Christian prayer.

So, how does one pray with them? How does one use these prayers, which the Church gives us as a spiritual treasure? Obviously, in no way can they be interpreted as some kind of magic formulas, some kind of peculiar spells that will force God to do what I need. Because we often see all kinds of messages spreading on the internet about some new, supposedly stronger prayer that someone invented in order to quickly achieve the desired result without any great personal effort, some sort of magical formula. This is a completely wrong way to understand and also to use this type of prayer text.

In order for us to be able to pray this type of prayer correctly, I advise you to familiarize yourself with their content in advance, before you open the prayer book and then pray from those texts, read them, take in their content, their spirit, their feelings, and make them yours, and then let this prayer become your personal way of communicating with God. Let the thoughts written in this prayer become your thoughts, feelings and intentions your personal thoughts and your personal appeal to the Lord God.

There is one special prayer among all those we have just mentioned. This is the prayer that we were taught to pray not by people, but by our Lord Jesus Christ Himself. It was He who gave us the text of this prayer and taught us to pray this way. When the disciples turned to Jesus Christ, saying: “Teacher, teach us to pray,” He gave them the Lord’s Prayer—“Our Father.” This is a prayer that all Christians pray, regardless of denomination. This prayer is called the Gospel in abridged form, a summary of all the Gospel texts. This Lord’s Prayer is the seed of other prayers that we as people address to our God and Saviour. We say to our Heavenly Father, “Father”, we ask Him for the coming of His Kingdom, we ask that His will be done both in heaven and on earth, we ask for the sustenance of life, the renewal of our vital forces, we ask for the forgiveness of our enemies, for forgiveness of our neighbours, for our own forgiveness, we also ask for the will for freedom and liberation from the devil and all his evil.