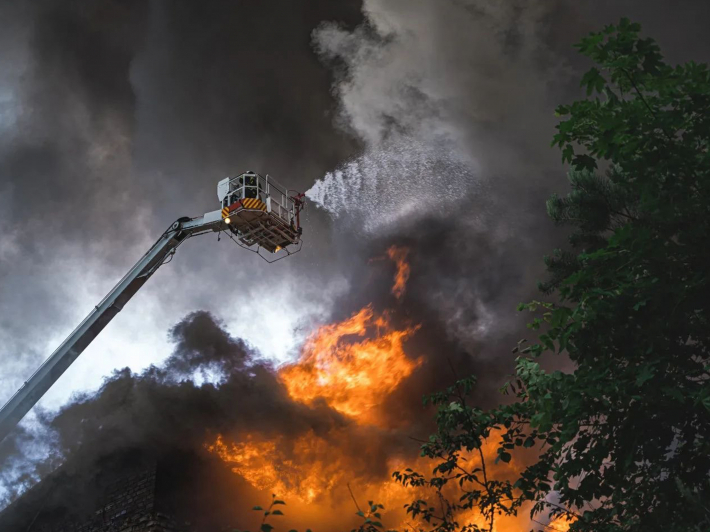 Today is Monday 4 July 2022 and the Ukrainian people have been resisting the huge bloodthirsty Russian invasion for 131 days, which is destroying our land, our cities and villages, killing women and children, flooding the Ukrainian land with our blood.

During the last day and last night, heavy battles were fought in the east of Ukraine and in the south of our homeland. They were probably the fiercest in Luhansk region and in the north of Donetsk region. Russia occupied the territory of the Luhansk region and carried out a powerful blow, a powerful attack on Slovyansk and Kramatorsk, two symbolic cities of the Donetsk region, from which the Russian aggression against Ukraine began in 2014. In those cities, the Russians struck with cluster bombs, from what we hear, there are many killed and many wounded, among them many children. We place all the innocent victims in God’s hands and entrust them to God’s mercy and pray for their eternal rest. Likewise, the enemy heavily shelled Kharkiv in the north and Mykolayiv in the south of Ukraine.

But Ukraine is standing. Ukraine is fighting. Moreover, we see that every such crime committed by the occupier on our land confirms the will of Ukraine in its desire to protect its homeland, to protect the life and health of women and children.

We thank God and the Armed Forces of Ukraine that we survived until this morning and can see the light of day.

Today I would like to reflect with you on the next phase of this invisible struggle that we have been thinking about for the last few days. You and I talked about the fact that when attacking a person, the enemy of the human race inspires him with evil thoughts, forces him to perceive that thought, think about it, tries to flood the mind and heart of a person with that thought. Today, let us reflect on this fourth stage of the spiritual struggle, which, naturally, is almost the most important, because when you and I have already allowed the enemy into our inner world, into our heart, he tries to capture and seize our will, he wants us to give consent to sin, and thus we have already sinned, even before we perform the sinful act. Such consent is the acceptance of an evil opinion, which is tantamount to defeat in the struggle. Yesterday we talked about the fact that when we fight against an evil thought, something similar to street fighting happens in our heart, when the army tries not to let the enemy into the centre of the city. But when a person accepts this thought and gives consent of his will, it is tantamount to surrender. Then, having accepted an evil thought and decided to carry out this sinful intention, a person has already sinned, even if the sinful plan has not yet been carried out to the end, when it is not yet visible in its external manifestation. We see that with his attack on a person, the enemy wants to capture his will.

Therefore, in our spiritual struggle, we must never give up, we must never submit to that evil, because once we submit to evil, we fall into slavery. We are then defeated by that evil, then we do what perhaps we do not want, as the apostle Paul says, “it is no longer I that do it, but sin which dwells within me” (Romans 7:17).

Thinking about these rules of spiritual struggle, we are probably also thinking today about how the multimillion-strong Ukrainian people are putting up heroic resistance to the attacker, who wants to intimidate our people. Many who observe the course of this war say that the attacker is turning to tactics of terror, terrorism, shelling peaceful cities and villages with rocket attacks in order to intimidate, frighten Ukrainians and force them to surrender. But we do not want to be slaves to evil. We understand that in order to be free people, we must first be witnesses, servants of good, and we want to do it, embody it in our lives.

Today, we ask, O Lord, to confirm our personal will and the will of our people in good. Give us the strength to stand in that invisible battle, because we can overcome evil not alone, but thanks to the power and grace of the Holy Spirit. Give us the gift of the Holy Spirit, which is a fortress, make us courageous so that we can win with dignity in this invisible spiritual battle. O God, bless Ukraine. O God, bless all those who believe in the victory of good. O God, bless all those who resist evil. O God, do not let the enemy of the human race paralyze our will with fear. O God, you are the source of our freedom, only in You, in Your Spirit, we can be free, worthy people. Bless the sons and daughters of Ukraine.

May the blessing of the Lord be upon you through His grace and love of humankind, always, now and ever, and for ages of ages. Amen. Glory to Jesus Christ!