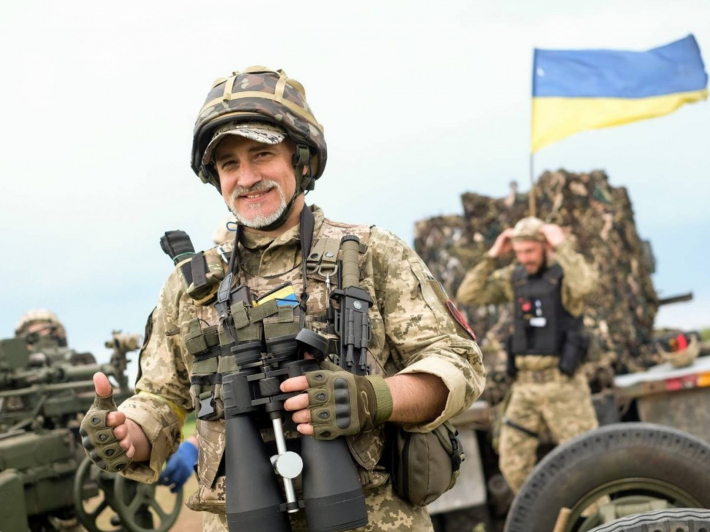 Today is Tuesday 28 June 2022 and Ukraine is already experiencing 125 days of this bloody war that Russia is waging against the Ukrainian people.

Yesterday we were all moved by an event of unprecedented proportions: in our Poltava region, in the city of Kremenchuk, a missile strike destroyed a shopping center with about 1,000 people. As of this morning, we have news that at least 18 people have been killed, about 40 people are missing and about 60 are injured. This is the largest terrorist attack in Europe in decades. Today we sympathize, express our prayerful closeness to the relatives and friends of the victims, all the wounded as a result of this terrorist act.

We also have a sorrowful heart for our Lysychansk. The Luhansk region is a steppe zone, where it is quite dry, and now it is quite hot in Ukraine, and there in Lysychansk people stood in line for water. And this turn of people who stood for water were shot by the Russians. In the same way yesterday rocket attacks on Kharkiv were inflicted, people were also killed, many were wounded. And this morning the city of Mykolayiv was fired upon.

Heavy fighting is taking place along the entire front line. But Ukraine is standing. Ukraine is fighting. And we thank the Lord God and the Armed Forces of Ukraine that we have survived to this morning and can see the light of day.

Today I want to reflect with you on another fruit of the action of the Holy Spirit in the human person, a manifestation of the maturity of the Christian spiritual life, which sometimes we do not see or we forget about. This fruit of the Holy Spirit is meekness. It is obvious that sometimes even human words make it difficult to outline this divine reality in man. This meekness has nothing to do with the gentleness or kindness of some sentimental, human sphere. Such meekness is a special, tangible feature of the mission and action of Jesus Christ as the meek Messiah. And this meekness, which is revealed by the Anointed One of God, is synonymous with obedience. Meekness as humility, self-humiliation of God before man. The Apostle Paul tells us about this meekness, about this humility of Christ, in his epistle to the Philippians when he encourages us Christians to cultivate in ourselves the same thoughts that were in Christ Jesus. And here are the thoughts he speaks of. Paul says: “Though he was in the form of God, did not count equality with God a thing to be grasped, but emptied Himself, taking the form of a servant, being born in the likeness of men. And being found in human form He humbled Himself and became obedient unto death, even death on a cross” (Philippians 2:6–8). It is this humility of the Son of God, His earthly path to the sacrifice of the cross, that reveals His meekness as the Messiah who sat on the donkey to enter Jerusalem. This gentleness is a manifestation of strength. The Messiah does not need, as the Prophet Isaiah says, to shout in the squares or to impose His opinion, His will, on someone. He just is, He is present, He is fulfilling His mission.

The reflection of this gentleness of Christ today during the war can be seen in the posture and on the faces of many sons and daughters of Ukraine. When you communicate with our servicemen, with our soldiers, girls, boys, when you ask them who they were before the war, many of them were teachers, scientists, doctors, artists, they played sports and worked in various intellectual fields. But when the war broke out, they did not consider their position in society an inviolable privilege. Many even returned to Ukraine from abroad in order to defend their homeland from the enemy. They became obedient to the call of their conscience, obedient until death.

We ask today: O Lord, may Your gentleness, which is reflected in the face of Ukraine, be our strength. For we know that Your humility and meekness give the human person a place and space for the grace of Your Spirit. A proud man with his pride throws God out of his life. Human pride does not allow God to act in their life. A proud person refuses the help of another person, the help of God.

Lord, in our humility and meekness before You and before other people, we want to be strong by Your power and grace. God bless Ukraine, make us meek in our struggle, meek and successful, successful in defeating evil and death. O God, may the face of Your Son, Jesus Christ, shine on the faces of the sons and daughters of Ukraine. O God, bless our people and the Ukrainian land.