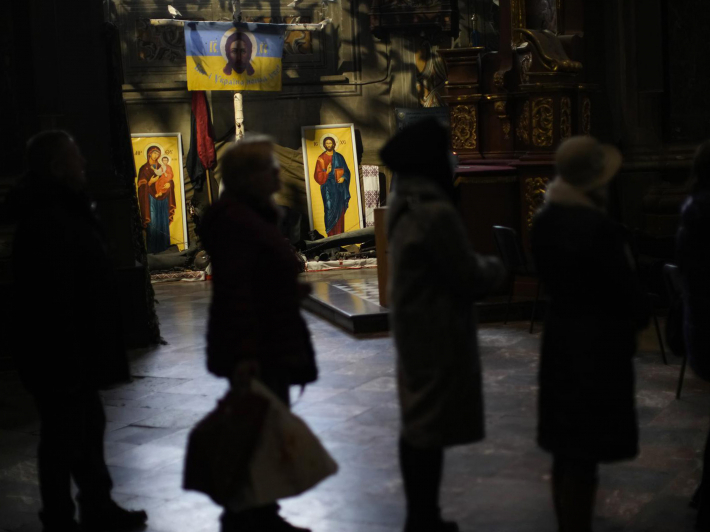 Today is Thursday 30 June 2022 and our homeland, the Ukrainian people, has been holding back a huge influx of Russian troops for 127 days, which entered the Ukrainian land with the war.

We thank the Lord God and the Armed Forces of Ukraine that we have lived to this morning and see the light of day, we can take comfort in this opportunity to stand before God’s face and delve into God’s Word.

Heavy fighting is taking place along the entire front line. The greatest concentration of troops and the most intense clashes are still in the Luhansk region, around the city of Lysychansk, which is the largest city in the Luhansk region, which is now under the control of the Ukrainian army. The enemy mercilessly fires on all parts of Ukraine, wherever it can reach with its weapons. Cities and villages, including border towns, in Kharkiv, Sumy, and Chernihiv regions are being shelled. The so-called missile terrorism continues. The Russians are ruthlessly destroying agricultural, urban, and state infrastructure with rocket fire. Yesterday, a huge grain warehouse in the Dnipropetrovsk region was literally destroyed. Everything that might rescue Ukraine, especially in the winter, is being destroyed. And the Russians are ruthlessly cracking down on anyone who wants to defend their homeland.

But Ukraine is standing. Ukraine is praying. We all hold our defenders in our prayer, in particular our soldiers who suffered from the war in various ways, we pray for the prisoners, for the wounded, for the families of the dead. We keep praying for our brothers and sisters in Kharkiv and Odesa, Dnipropetrovsk, Kryvyi Rih, also Mykolayiv and in other cities and villages of Ukraine which today are under the merciless fire of Russians.

Therefore, the spiritual struggle to which every Christian is called has its rules. Let us take a closer look at what this invisible warfare is, what its dynamics are, what the rules of spiritual struggle are. The Holy Fathers of the Church, experienced advocates of evil, tell us how this spiritual struggle is conducted. In particular, Saint John of Damascus says that sometimes we can distinguish five stages of man’s struggle with evil thoughts, that is, the attack of evil. He says that first this evil thought comes to us as a suggestion, a temptation, then there is a conversation with it, then there is an internal struggle, then, if we succumb, we give in to evil, there is agreement with sin and there is passion. Perhaps in our other reflections we will look at each of these stages of the spiritual struggle, but today we all need to realize that we cannot say, “I do not want to fight.” Because that means already giving yourself into the hands of evil, into the hands of an evil spirit, and already losing.

Today we received good news: yesterday, for the first time since the beginning of this full-scale aggression, there was a large exchange of prisoners of war, and Ukraine received back 144 defenders of our homeland, 95 of them defenders of the martyr city of Mariupol. And today we thank the Lord God that these heroes, these brave guys, have returned home. The oldest of them is 65 years old, the youngest is 19. Most of them are seriously injured, are between life and death and need separate care and treatment. But this is an example of the power of God manifested even in our infirmities, as the Apostle Paul says. And strength is with those who stand in the truth and uphold the divine truth, and thus do good.