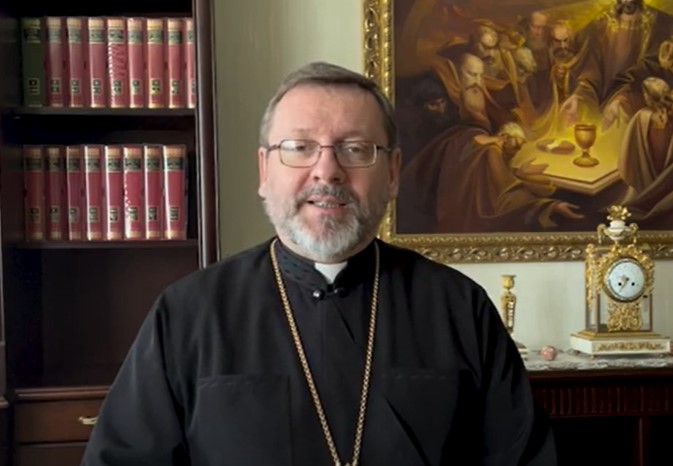 Today is Tuesday 24 May 2022 and Ukraine is already going through 90 days of this bloody war that Russia has started against our people and our state.

Ukraine has been standing for three months now. She stands in this battle against the enemy, who many times surpasses us in his number and his weapons. Indeed, today in Ukraine, David opposes Goliath.

Almost the entire eastern front is on fire. Our towns and villages are suffering from total war because the enemy destroys everything in its path. Our Luhansk region and our Donetsk region are on fire. The enemy is shelling Mykolayiv and the Dnipropetrovsk region. Our Kharkiv region is fighting bravely, the enemy is again accumulating weapons on the Belarusian border, on the Russian border, to the north of our state. Thus, even the recently liberated territories are once again suffering from almost daily hostile attacks.

But Ukraine is standing. Ukraine is fighting. And indeed, today, we are grateful to the defenders of our homeland for seeing a new morning, for being able to talk about and meditate upon God’s Word with you today.

Today, indeed, we feel that the Ukrainian people have united as never before in the name of defending their homeland. I would like to continue with you today to reflect on the so-called sins of others. And one of those sins of others is called “condoning sin.” Every time we create space in our personal and public life for crimes, when we directly or indirectly allow sin, we become complicit in the crimes that then take place. By allowing sin, we become responsible for what the sinner does.

And now, in these days in Ukraine, precisely this kind of sin has somehow become especially evident. A large number of international investigators have arrived in Ukraine to investigate and study Russian war crimes committed on Ukrainian soil. And terrible things are being opened before our eyes. We see that the Russian army, Russian officers, Russian commands not only allow the killing of civilians, the rape of women, children, men—and at that, publicly—but they encourage it. And today atrocities against civilians are becoming an integral part of this ideological war against the Ukrainian people. Wars with crimes, which today the world qualifies as genocide of the Ukrainian people.

He who, in fact, allows murder and rape personally becomes a murderer and a rapist. Against the background of the investigation and the disclosure of these crimes against humanity, especially loud is yesterday’s speech to the 30th International Educational Readings by the head of the Russian Orthodox Church, Patriarch Kirill, in the Kremlin. There Patriarch Kirill especially called on teachers of the basic of Orthodox culture to educate children on the examples of the so-called heroes who are fighting in Ukraine today. The so-called heroes who today seem to be defending Russia with weapons in their hands. The patriarch may not have fully said what examples he has in mind, but today, hearing the cries of crippled souls in Ukraine, hearing the voice of innocent blood, innocent murdered women, children, men, a voice calls from the earth to God, from the heart of an ordinary person, and cries out: “O God, save and preserve all people from such an Orthodox culture!”

O God, teach us to love! Teach us in love for God, for You, for our neighbour, to love and to forgive. O God, give us the strength not to create space for sin, for crimes in our personal lives, in our culture, in our world!