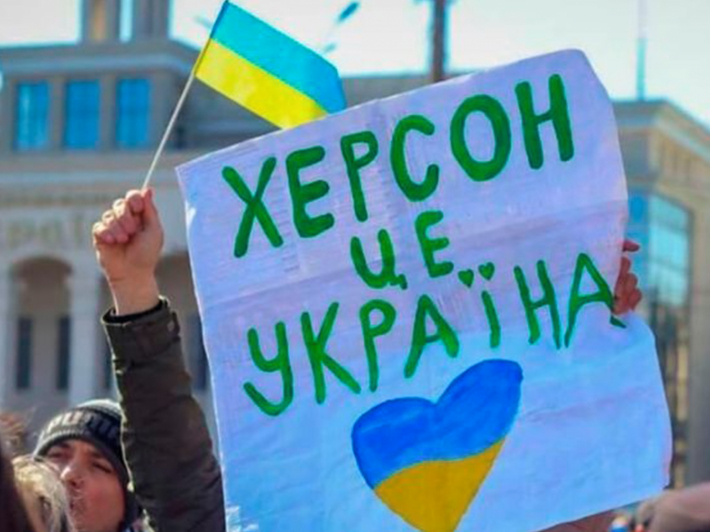 Today is Wednesday 25 May 2022 and Ukraine is already experiencing 91 days of this great war, a bloody war that Russia started against the Ukrainian people.

The whole east and south of Ukraine is on fire. Fierce fighting is taking place in the Luhansk region. Today we received news that the enemy is advancing on Sievierodonetsk with great force and that heavy, bloody battles are being fought there. Heavy fighting is also being fought in the Donetsk region, heavy fighting is being fought in the south of our homeland. Entire regions of eastern and southern Ukraine are affected by rocket fire in Zaporizhzhia and Dnipropetrovsk. The city of Mykolayiv was hit by rocket attacks. Northern Ukraine, Sumy region, Kharkiv region, Chernihiv region suffer from various blows that Russia inflicts directly from its territory.

But Ukraine is standing. Ukraine is fighting. Although, every day she pays for this struggle with the lives of her best sons and daughters. And Ukraine is praying, praying for its army, praying for those who are the most vulnerable victims of this war. Our special prayer is for those of our Ukrainians who found themselves in the occupied territories, because it is the most difficult for them today.

Today I would like to reflect with you on yet another sin, which we call a sin that belongs to the series of sins of another and which is called “helping in sin.” We know that war is a time when everyone makes their own choices. The war has sowed each one of us like wheat, as Jesus Christ once said to the Apostle Peter. And we, along with the heroism of our defenders, our sons and daughters, also see examples of base behaviour, examples of collaboration with the enemy, examples of those who take part in crimes, in particular, the crimes of the invaders. Even about the Russian clergy there are relevant situations where a priest directed Russian bombs and shells against his own parishioners. We saw it in the Luhansk region and in the Donetsk region.

We see that today, indeed, there are whole structures of sin, as Saint John Paul II once called them, which participate in crimes that help to commit sins. Modern culture knows many kinds of such cooperation or help in committing sin. In many countries, the sin of euthanasia is committed, with doctors themselves participating in suicide, assistance from a certified person to commit suicide.

But in Ukraine we see another egregious crime, about which the world does yet not fully understand nor know everything. It seems that the Russian occupiers are pursuing a policy of depopulating Ukraine. They are trying to do everything to make more Ukrainians leave their land. The Russian Minister of Defence even said this openly yesterday. The occupiers are evicting people from their homes, creating circumstances in which people are forced to leave their homes. They are directly destroying the houses that their weapons are able to reach. They have already deported more than a million from the occupied territories. We know that just the occupied Kherson region is now 50% depopulated, half of its population has left their land.

A very glaring crime that is now awaiting forcibly displaced people who have left our homeland is the danger of human trafficking. Our Church is actively involved in combating this crime. But we see that, internationally, trafficking in human beings, as well as trafficking in arms or narcotics, is the most lucrative business for entire criminal gangs.

We must all unite together today to stop the spread of the structures of sin, to never help those who are around us to commit sins, to never be collaborators with sinners in committing evil to which they can motivate and invite us.

O God, bless the Ukrainian army! Take the weakest into Your care, because You are always with them on their side.

May the blessing of the Lord be upon you through His grace and love for humankind, now and always, and for ages of ages. Amen.