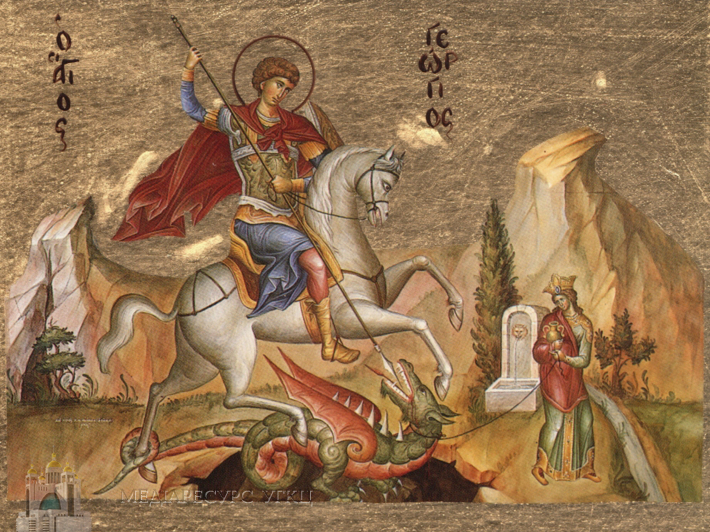 Today is Friday 6 May 2022 and Ukraine has been experiencing the battles of this unjust, bloody aggression of Russia against our state and our people for 72 days.

Active battles are being fought in the Donetsk region. The whole east and south of Ukraine is actually on fire. The Dnipropetrovsk region was shelled by rockets. Wounded and dead people, today, especially call to our conscience with you. Mykolayiv was also fired upon by rockets.

But our particular pain, together with you, has been connected to Mariupol for some time now. About 500 people were reportedly evacuated from the city, but many more are still there and the city, in particular the famous Azovstal plant, is heroically defending itself. And it also appeals to one’s conscience, the conscience of the whole world, in order to stop this unjust war and aggression. In fact, in Mariupol, Ukraine’s victory is being forged.

Today, Ukraine celebrates a holiday, the memory of the Great Martyr and trophy bearer George, whom we also call a miracle worker. Today, his figure, a figure associated with strength and victory, is especially relevant for us in Ukraine. St George’s Cathedral in Lviv celebrates its patronal feast day. The cult of St George the Victorious Martyr is very ancient in the Ukrainian lands.

Who is a martyr? Who is the victorious martyr George for Ukraine today?

A martyr is a witness, a witness of the Resurrection. The martyr, by dying, shows the world that death has already been defeated by Christ’s Resurrection. And, even enduring torment and death, destroying death, the martyr shows that after death there is life. And the death we can now experience is already cast aside and defeated by Christ. We carry the seed of that immortality, that Resurrection, within us. And he who gives his life as a testimony of the Risen Christ shows this victory over evil.

The martyr defeats his tormentors in a very special way. Those who crucified Christ thought that they would bury His word, His teaching, His power forever, but Christ overcame death by His death and defeated the tormentors by His death.

Something similar happens to a martyr. He who kills a martyr thinks that he defeats the one who was led to death. But everything is completely the opposite, because the martyr is the one who is victorious. A martyr is one who defeats his tormentor. And today, praising George, we speak about two features of his feat. The first is that he exposed the wickedness of his tormentors. The second is that he offered himself as a pure sacrifice. And those two factors were the key, the content, the basis of his victory. That is why we call him victorious.

Today we ask the Great Martyr George to help us discover the power he has witnessed to be present in us. Today, with our suffering and our victory, we expose the wickedness of those torturers who came to Ukrainian soil, even when those tormentors pin onto themselves the so-called St George ribbons, when those tormentors try to claim the victory of the Great Martyr George, but he himself unmasks them today.

Today, defending their homeland, Ukrainians put their pure love on the altar of the fatherland, on the altar of God’s love. And this pure sacrifice is the force that brings victory. Therefore, celebrating the memory of this great martyr, becoming conscious of the content of his feat, and therefore the source of his victory, we feel today that the Great Martyr, the victorious George, is fighting for Ukraine. He is on our side today. On Ukrainian soil he is today destroying, piercing with his spear, this ancient snake that is trying to sting Ukraine today. And so the victory will be with George for us.