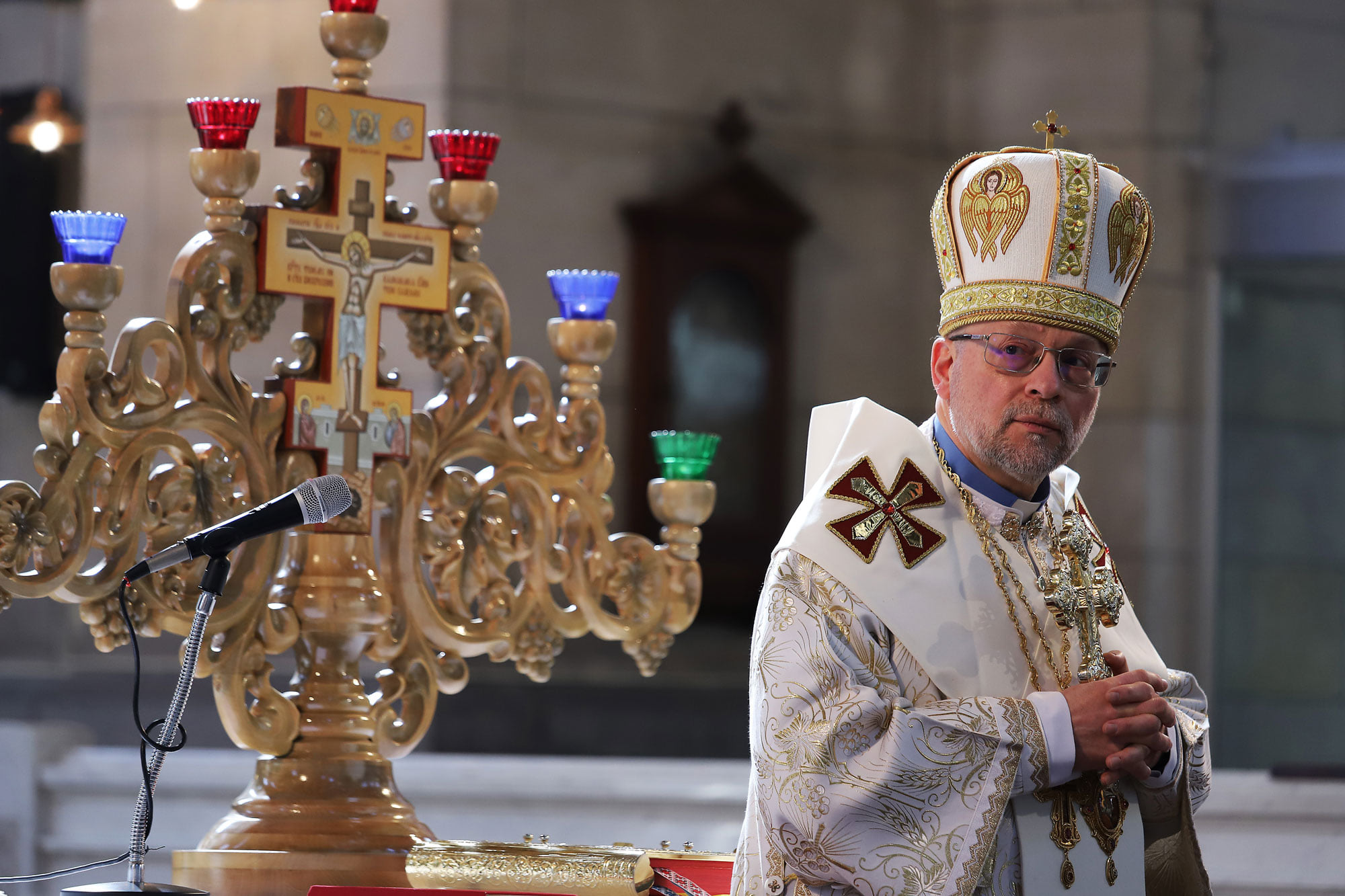 Many people have welcomed, some with astonishment, the news that Pope Francis will consecrate Ukraine and Russia to the Immaculate Heart of the Most Holy Virgin Mary with the bishops of the Catholic Church on 25 March – Feast of the Annunciation. For some, the Holy Father’s proposal is strange; why did he place Ukraine and Russia side by side? Ukraine is the victim of a violent, unjust war, Russia is the aggressor.

However, it is not a matter of equating one with the other, and it is of utmost importance that we understand this. I think that no one doubts where the truth lies. But today, both Ukraine and Russia are in need of prayer: Ukraine – in order to defend itself against its attacker, Russia – to turn away from the lawlessness and war crimes it is committing. One prayer, one phrase – but different aims.

So why does the Pope say this? If the Holy Father prays only for the conversion of Russia, there also might be wonder and misunderstanding…

Ukraine has a long history of consecrating its people to the Most Holy Mother of God: from Prince Yaroslav the Wise (1037), to Metropolitan Andrey Sheptytsky (beginning of the 20th century), Patriarch Josyf Slipyj (Lourdes, 1970), Cardinal Myroslav Ivan Lubachivsky (Rome, 1984, and Zarvanytsia, 1995), as well as His Beatitude Sviatoslav (at the beginning of the war in 2014, and the beginning of the pandemic, 2020). Consecration is a sign of giving oneself over to the protection of the Theotokos. Pope Francis will do this on a universal level.

The consecration of Russia – and its conversion – has been discussed for over a hundred years. The Mother of God has requested this concrete act in Fatima where she appeared to three children in 1917. Sister Lucia, the eldest of the three, testified that the Mother of God said, “If my requests are heeded, Russia will be converted, and there will be peace. If not, she will spread her errors throughout the world, causing wars and persecutions of the Church. The good will be martyred, the Holy Father will have much to suffer, various nations will be annihilated. In the end, my Immaculate Heart will triumph. The Holy Father will consecrate Russia to me, and she will be converted, and a period of peace will be granted to the world” (13 July 1917).

One must understand that the purpose of an Act of Consecration is not to move the heart of the Theotokos, as if it were uncaring. Almighty God and the Most Holy Mother of God are not waiting for our special acts so that they may love all nations. Rather, it is we who need this consecration so that our hearts may be changed, so that we may be converted from our sins, so that humankind would hear the word of God and open itself to God’s graces.

According to the Holy Father, the Act of Consecration of Ukraine and Russia to the Immaculate Heart of Mary “is meant to be a gesture of the universal Church, which in this dramatic moment lifts up to God, through his Mother and ours, the cry of pain of all those who suffer and implore an end to the violence, and to entrust the future of our human family to the Queen of Peace”.