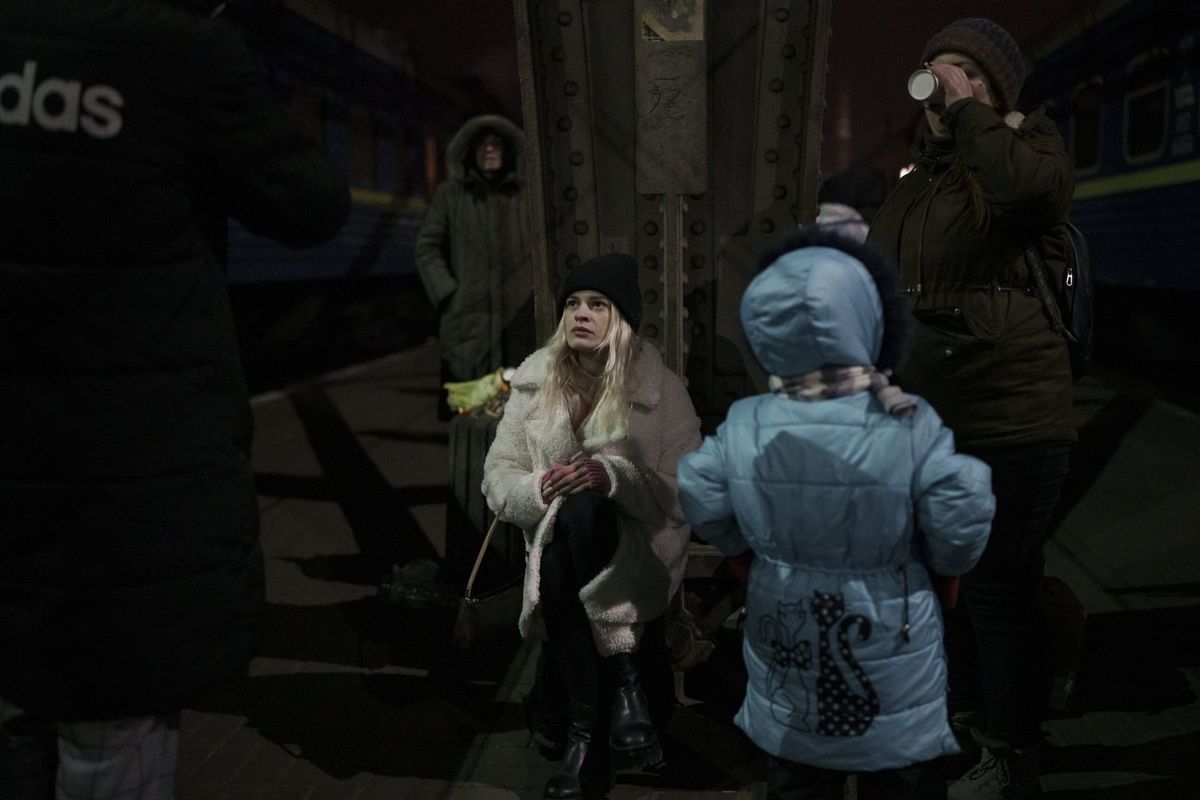 The president of Caritas Ukraine on Tuesday praised the courage and strength that women have shown in the face of war with Russia.

“I’d like to also lift up the women who … have courageously taken their children and crossed the border to keep their children safe. And so that their husbands could feel peace knowing that their family is somewhere where it is safe,” Tetiana Stawnychy said on March 8, International Women’s Day.

“The grueling trip can take anywhere from two to three days just to get to the border, and then to cross the border into the other country,” she explained. “Just this generosity and courage of spirit that we see is truly inspiring.”

Stawnychy, who is based in the Ukrainian capital Kyiv, spoke at a seminar organized by Caritas Internationalis, a Vatican-based umbrella body for Catholic relief groups around the world.

Stawnychy said that her days had been very full since Russia’s invasion of Ukraine on Feb. 24, so she did not have a prepared presentation. She said that she would instead speak “from my heart.”

“What we see now in Ukraine is a huge movement of solidarity and support for people who are fleeing and it involves both men and women,” she said. “For me, it’s been inspiring to be with our entire Caritas network to respond to the needs of the crisis at hand.”

“I can say that women have certainly been equally on the frontline in trying to respond to the crisis at hand,” Stawnychy said.

She explained that her organization had been busy even before the outbreak of conflict, as it prepared contingency plans for the attack.

Both men and women were involved in the preparation, Stawnychy said, but “it was initiated by women, this idea of trying to plan and be ready.”

This preparation meant that on Feb. 24, the day the full-scale Russian invasion began, “we had a plan in place and immediately began to serve. There was no pause in our work,” she noted. “And it was again for me an inspiring moment to see how our local directors and how the local staff threw themselves into the work of serving others.”

The Caritas Ukraine president highlighted the contribution of two of her colleagues, Hannah and Xsenia.

“Hannah,” she said, “led a whole team of peace-builders that were working throughout the network, and working on building dialogue. They were creating space for people to exchange.”

“And today, Hannah is continuing to work in this field. She’s working on putting together teams to be going to the places where displaced persons are lodged and to begin working on these questions of helping people to process what’s happening, helping to start dialogue, and helping to resolve any conflicts as they might begin to occur.”

Xsenia, she continued, “is a very, I would say, strong woman, who led a large project in the past. And these days she is very humbly serving us, doing simple things, just seeing what needs to be done and then answering those needs.”

“In some ways, I think that that’s the genius often that we find in women, who are able to see needs and then out of their heart they answer them in the best way that they can.”

This genius has also been on display, the Caritas Ukraine president said, in the women who have gone to train stations just to see how they can be of help to the refugees arriving there, or the psychologists showing up at the places where internally displaced people have gathered as they look for safety. The need for psychological support is even greater now, she said, with the second wave of refugees, which is more vulnerable and traumatized after experiencing bombing and shelling.

“There’s a greater need to show that care and that love and to calm people down,” she commented.

The theme of the March 8 seminar was “Church and Society: Women as Builders of Dialogue.” It was co-hosted by Caritas Internationalis and the British Embassy to the Holy See.