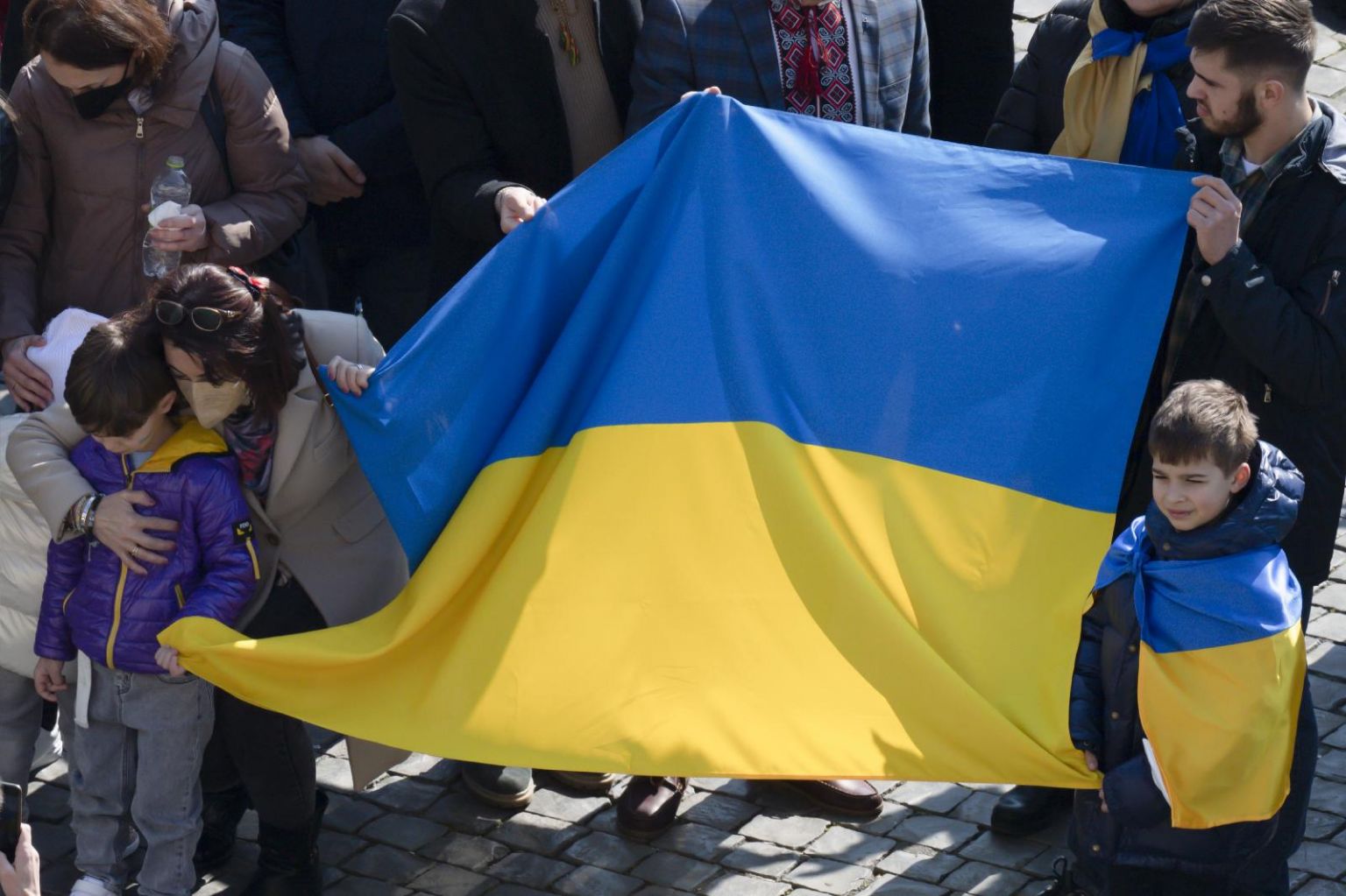 Pope Francis said the Vatican “is ready to do everything to put itself at the service of peace” in Ukraine.

“Rivers of blood and tears are flowing in Ukraine,” the pope said March 6 as he led thousands of people in St. Peter’s Square in praying for peace after reciting the Angelus.

“The presence of the two cardinals there is the presence not only of the pope, but of all the Christian people who want to get closer and say: ‘War is madness! Stop, please! Look at this cruelty!’” the pope said.

Moments after the pope spoke, Cardinal Krajewski told Vatican News that he was about to leave Rome for Poland “because from Poland I am sure I will be able to enter Ukraine. Then we’ll see how far I can get to reach the people and show them the closeness of the pope, tell them he loves them, prays for them and wants to encourage them.”

The cardinal also will bring rosaries from Pope Francis “because with prayer we can move mountains and even stop the war,” he said.

Cardinal Czerny told Catholic News Service that he would be heading to Hungary’s border with Ukraine and would see what could be done from there.

Even if the cardinals cannot get into Ukraine, the Polish and Hungarian borders are the top two destinations of Ukrainians — mainly the elderly, women and children — fleeing the war.

The U.N. Refugee Agency said that as of March 5 more than 1.3 million Ukrainians had fled the country since the Russian invasion began Feb. 24; more than 750,000 of them had crossed into Poland and almost 170,000 had crossed into Hungary.

In his appeal, Pope Francis again praised the nations, charitable organizations and individuals helping the refugees.

The need for humanitarian assistance in Ukraine, “that tormented country, is growing dramatically by the hour,” the pope said.

“I make a heartfelt appeal for humanitarian corridors to be genuinely secured, and for aid access to the besieged areas to be guaranteed and facilitated in order to provide vital relief to our brothers and sisters oppressed by bombs and fear,” Pope Francis added.

Russia and Ukraine had negotiated a partial cease-fire that was supposed to go into effect March 5 to allow civilians to flee several cities encircled by Russian troops and to allow the delivery of aid to people who are without food, water and medicine. Both sides accused the other of violating the cease-fire, and only several hundred of the hundreds of thousands of people to be evacuated were able to leave.

He also thanked the journalists “who put their lives at risk to provide information. Thank you, brothers and sisters, for this service, a service that allows us to be close to the tragedy of that population and helps us assess the cruelty of a war.”