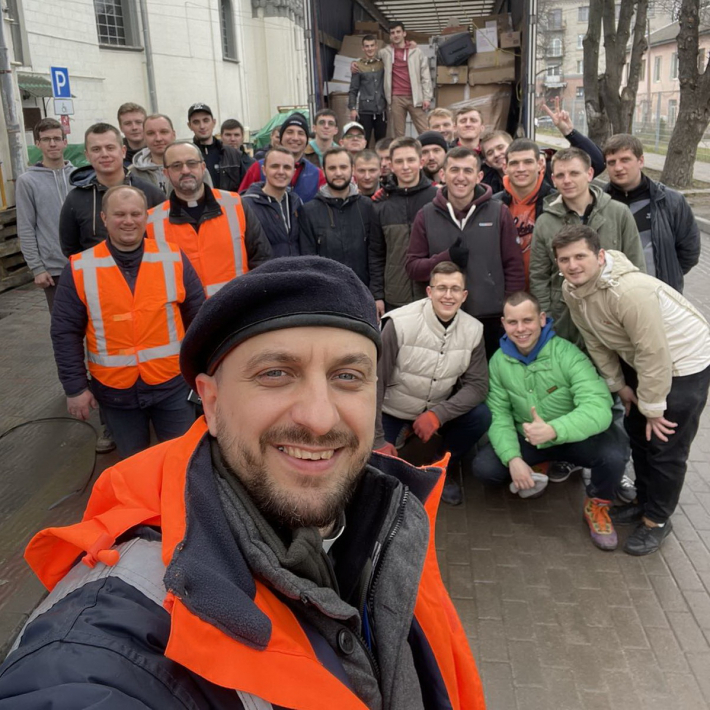 In Ternopil, near the archcathedral of the UGCC of the Immaculate Conception of the Blessed Virgin, a charity event is underway to distribute the humanitarian aid. In the summary report of the coordination center for the military and the internally displaced persons (IDPs), which operates at the cathedral under the auspices of the Archbishop and Metropolitan of Ternopil and Zboriv Vasyl Semeniuk, only for the last week alone humanitarian aid was allotted to about 5,000 IDPs.

According to the coordinator of the center Fr. Roman Demush, about 50 tons of aid were distributed to IDPs living in the city of Ternopil. “Our organizing committee took care of certain facilities for them. For example, this Saturday, April 2, we prepared previously assembled food sets in paper bags, so that people wouldn’t waste too much time looking for the staples. Other goods, like hygiene items, baby food, medicines, bed linen, clothes, shoes, etc., everyone chose for themselves. Every migrant receives a bracelet at the registration so that help can get into the hands of a person who really needs it.”

During the week, humanitarian aid was sent to Kyiv region, namely to Boryspil, Vyshhorod and the Patriarchal Cathedral of the Resurrection of Christ in Kyiv, Mykolaiv region and Kropyvnytskyi, humanitarian aid is being prepared for Bucha and Zaporizhzhia. “We are already receiving photo reports from volunteers and the military about receiving the aid. We sincerely thank our benefactors from Italy, Holland, Germany, Spain, Poland, Denmark, etc., because their support is an important testimony of love and solidarity with the whole Ukraine, – says Fr. Roman Demush. – I want to point out that the work of our volunteers is worthy of the highest praise. We jokingly call them “a labor battalion.” There are not only local residents among them, but also a large number of those who were forced to flee their homes because of the war. Besides, the seminarians of Ternopil Seminary, who also keep joining in, deserve a special gratitude.”

By the way, on April 4, a separate action on the free distribution of clothes, shoes, hygiene products and toys to IDPs took place near the archcathedral. About three hundred displaced children and their parents were able to choose the basic necessities. The toy distribution area attracted the undivided attention of the children.

It should be mentioned that according to a similar report as of March 25, while the war is still raging on, for the civil population protection and their daily needs, in particular for the refugees within Ukraine, Ternopil-Zboriv Archeparchy received and distributed more than 500 tons of humanitarian aid.

Press Service of the Ternopil-Zboriv Archeparchy